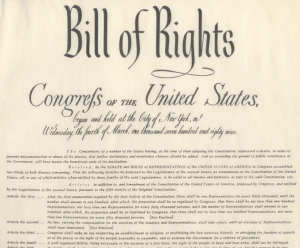 Well, that was pretty fast. Facebook has reverted to its prior terms of service — due to a backlash from some users, media outlets and privacy groups — while it works out a new version. Facebook had introduced a number of changes on Feb. 4 that company founder Mark Zuckerberg describes today as “overly formal and protective.” One issue with that version was wording that said Facebook owns your personal data indefinitely, even if you delete your own account. Another was a line stating that Facebook owns licensing rights to content on sites that let users share information back to Facebook.

The company says it plans to introduce a new new version, written in “language everyone can understand.” It is also asking for user feedback in a Facebook group it has set up, accommodatingly titled the “Facebook Bill of Rights and Responsibilities.”

Our next version will be a substantial revision from where we are now. It will reflect the principles I described yesterday around how people share and control their information, and it will be written clearly in language everyone can understand. Since this will be the governing document that we’ll all live by, Facebook users will have a lot of input in crafting these terms.

As background, Facebook announced it was making the changes on Feb. 4, but nobody seemed to have noticed or cared. The issue exploded on Sunday, however, when an article posted on the Consumerist blog detailed how the changes seemed to take away users’ rights. Since then, the issue has been covered widely by technology and mainstream media outlets.

Facebook tried to end the debate yesterday by clarifying that users’ privacy settings determined how the company itself could use the data. But the Feb. 4 wording remained in place, and continued to raise eyebrows. Today, a leading privacy group, the Electronic Privacy Information Center, said that it was lodging a federal complaint to try to force the social network to revert to its old version.

In his post from this evening, Zuckerberg says the company has spent the last couple of days debating how to move forward. It solicited feedback from outside organizations and from some users (in the form of its new polling feature that appeared in some users news feeds earlier today) and made the decision to revert — it expects to have a new version ready in the next few weeks.