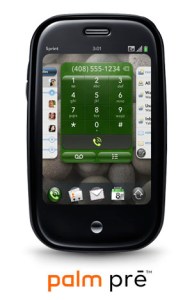 When it was unveiled at CES, the Palm Pre got almost iPhone-like hype. Its slick interface including multi-touch capabilities on a solid device makes it an intriguing competitor to the iPhone. Still, relatively little is known about the Pre and its operating system dubbed webOS. If you’re thinking about making an application for the device, you’ll undoubtedly want to know more — and here’s your first chance.

The Palm Developer Network has posted the first part of the upcoming webOS book, entitled “Palm webOS: Developing Applications in JavaScript using Palm Mojo Framework,” written by Palm’s software chief technology officer Mitch Allen and to be published by O’Reilly Media. This first chapter is available to view on the web or downloadable in PDF format, as Daring Fireball points out.

Even just this first chapter goes into a nice amount of detail about webOS and what exactly it is, and what it will mean to develop for it. As you probably already know by now, the OS is built on web technologies, HTML, CSS and JavaScript, but they run directly on the device, rather than through a traditional web browser as is typically the case. That’s interesting because originally, when the first iPhone was unveiled almost two years ago, Apple wanted developers to use JavaScript to develop applications — but the problem is that they were required to run through the Safari web browser.

Ultimately, people wanted native applications, and eventually Apple scrapped this JavaScript plan for the iPhone software development kit (SDK), and the rest is history. Now the App Store and its 20,000 third-party applications are seen by many as the single best thing about the iPhone.

The introduction of the book is particularly interesting as it seems to take a direct shot at Apple and the iPhone.

Palm webOS is designed to run on a variety of hardware with different screen sizes, resolutions and orientations, with or without keyboards and works best with a touchpanel though doesn’t require one. Because the user interface and application model are built around a web browser, the range of suitable hardware platforms is quite wide, requiring only a CPU, some memory, a wireless data connection, a display, and a means for interacting with the UI and entering text. 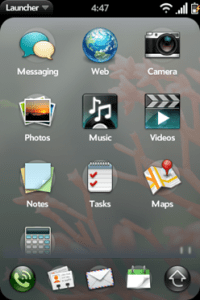 That statement positions Palm at the exact opposite end of the spectrum from Apple and the iPhone. Apple chief operating officer Tim Cook (currently running Apple with Steve Jobs on medical leave), has made recent statements indicating that Apple will stay with one screen size and resolution (as opposed to making an “iPhone nano”) because it makes life easier on developers, and makes for a better end product.

Cook and other Apple execs also recently reiterated Apple’s stance that it would not do a device with a physical keyboard because the touchscreen gives them more flexibility. I’m happy about this as I see no real use for a physical keyboard anymore and consider it to be just a waste of space, but many others disagree. You’ll note though that the G2 (aka the HTC Magic), has no physical keyboard unlike its predecessor, the G1.

The Pre will also run Flash, something which despite a lot of talk, Apple and Flash-owner Adobe have not been able to come together on for the iPhone.

Palm and Apple are at the center of some legal intrigue after statements made by Cook during Apple’s quarterly earnings call indicated that the company was ready to go after anyone who infringed on its patents. And that came just days after Palm showed off the Pre, which is notably the first mobile device to use multi-touch since the iPhone. Recently, a source told us that the reason there are currently no Android phones using multi-touch is because of Apple.

There is no litigation pending between Palm and Apple, and some people we’ve talked to suggest the threat of an actual lawsuit may be overblown. But it’s pretty clear that Palm, which is filled with former Apple employees, is positioning the Pre to be the main iPhone rival on the market. That is something which should definitely interest developers.