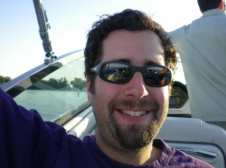 [Editor’s note: In December, VentureBeat ran a column from Keith Rabois, vice president of strategy and business development at SuperPoke maker Slide, about the drawbacks of branded applications on social networks — that is to say, apps created explicitly to market companies and products. Here, representing the other side of this debate, Mike Lazerow, chief executive at social app company Buddy Media, breaks down why branded apps are effective, and how they can be even more so going forward.]

Over the past couple months, several prominent journalists and bloggers have declared branded social applications a colossal waste of time. But exactly why are so many people badmouthing what appears to be an innovative ad format?

The answer is simple: Branded social apps are scary to the dozens of venture-backed companies that rely on traditional banner impressions and digital display advertising. But the data speaks for itself: Branded social media applications are one of the most successful ways for brands to advertise on social networks like Facebook and MySpace.

After launching its analytics platform, my company, Buddy Media, released a report showing that users spend an average of 2 minutes and 35 seconds engaged with our branded applications, 75 times more than they spend interacting with traditional banner ads and five times more than they spend watching a typical TV commercial. On top of that, 85 percent of our users returned for multiple interactions with our “app advertisements,” with 56 percent of our total user base returning nine times or more during the month of testing. Lastly, data culled from our applications shows an average of about 150,000 installs in the first month after the launch of every application.

Recently, Keith Rabois, head of business development at SuperPoke developer Slide, argued that even major brands like Nike and the New York Times are failing to attract substantial audiences with their branded apps. But in stating that built-for-brand apps are seeing disappointing returns, he marginalizes reams of data showing positive response to countless other apps. As chief executive of Buddy Media, I certainly have a unique viewpoint, which comes from having launched these types of campaigns for 50 brands in the past year, including 15 for Fortune 500 companies.

We have worked with brands including New Balance, Chevy, Hollywood.com, Paramount and Anheuser-Bush in just our first year and continue to see increased demand for branded application strategies that work. Further, about 40 percent of Buddy Media’s clients are already repeat customers (one client has launched six campaigns with us). In the last quarter alone, we saw a 138 percent quarter-on-quarter revenue increase and are now booking seven figures a month with no slowdown in sight. Needless to say, brands such as these don’t come back to the well without a compelling reason.

Just this past month, Buddy Media made an application with Atmosphere BBDO for Citibank called Citi Magnetic Lyrics, listed by AppData.com as one of the fastest growing applications on the Facebook platform. In less than a month, the application had 150,000 active users. It allows users to play with “magnetic poetry” like they have on their refrigerators, except they are matching up lyrics from artists like Nickelback and Mary J Blige.

It’s important to note that Buddy Media applications are not alone in their success. Kidnap, an application made for the Travel Channel, conceived by ad agency Rapp, is currently one of the top ten game applications on Facebook. The game now has more than 3 million players and averages more than one million players a day. Those are numbers that blow any banner campaign out of the water.

Another point that has been made by some in the industry is that branded apps are somehow more costly. To the contrary, many of our clients say they are impressed by the relative cost effectiveness. Most app-makers, Buddy Media among them, only charge their clients when people actually use their apps. This is a great deal for a company that draws 100 million impressions (people just casually browsing), but only 100,000 users who actually engage with the app. The client would only pay for the engagement, while still getting wide exposure. This pay-for-performance model makes branded applications more accountable and results-driven.

It’s true that not all branded apps are winners. But those that fail, seem to fall into three major categories:

1. They are not social: Branded applications work much better when they connect people. If their main purpose can be accomplished better outside of a social network, they probably should not be launched as branded social apps in the first place. The core of the application should be sharing, evangelizing, entertainment.

2. They are too complicated: The best applications are easy to use. They have clear calls to action and can be used with a few clicks of the mouse. For example, the Buddy Media application, Chevy Fuel Finder allows users to easily search for the cheapest gas prices in any geographic locale.

3. They are not marketed properly: Applications don’t just go viral by themselves. They need to be marketed. Branded applications are both ad units and marketing platforms and need to be promoted as such. That being said, brands need to evaluate their business needs and identify a social media strategy that integrates the features and values of the brand.

Another salient point, of course, is that banner ads simply do not work inside social networks. According to AdAge, overall click-through rates for banner ads currently hover at around 0.1%, and the numbers are even lower for social networks. However, brands that have traditionally relied on banners cannot ignore the 500 million people who visit social networks regularly. This is very scary for companies still trying to turn a profit on impressions. More and more, brands are looking for more than eyeballs — they want consumers.