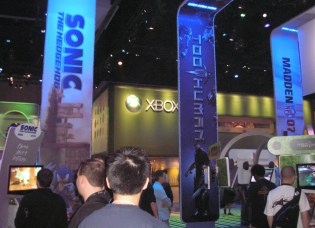 There has been a lot of angst about the state of the $22 billion video game industry’s trade association and its major trade show in the past few years. It’s been strange and confusing to watch what is still a healthy industry torpedo its major exhibition, E3.

But the annual report of the Entertainment Software Association sheds light on the situation. GameSpot reported that the ESA saw revenues of $28.2 million in the year ended March 28, 2008. A year earlier, it had revenues of $29 million.

The source of that income is inriguing. The 2006 E3 (Electronic Entertainment Expo, picture above) generated $18.5 million in revenue for the ESA in March 2007. But that was the last of the giant E3 shows. Publishers, who are members of the ESA, began to complain that the show’s costs were spiraling out of control.

So the ESA decided to scale down E3 in 2007, moving it to Santa Monica, Calif. from the big Los Angeles Convention Center. It dropped from 80,000 attendees to about 5,000 in the course of a year, quite deliberately according to the plan. The ESA’s March 2008 annual revenue from E3 consequently shrank to $3.5 million. 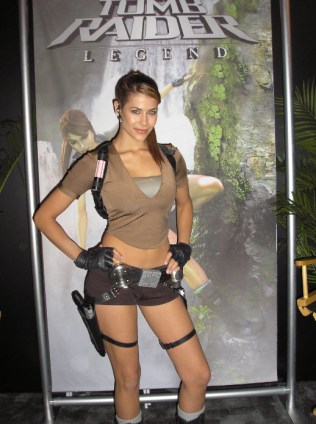 The ESA made up for that by charging its member companies much more in annual fees. Those fees in March 2008 amounted to $17.4 million, compared to just $4.5 million the year before and $1 million the year before that. After the fee increase, the ESA lost a lot of members: Activision, LucasArts, id Software, Crave and NCsoft. Fees paid by the game companies to the ESA’s game rating service spiked as well, though the ESA actually made money from states suing it. Those states were trying to create anti-violence video game laws, but the courts struck them down as restricting freedom of speech, awarding the ESA lawyers’ fees, paid by the states.

Last year’s E3 only drew a few thousand folks — mostly press and analysts. And that just confirmed to publishers that their once-vibrant show and big source of association revenue was on the wrong track. So the ESA is now seeking to bring back the glamor and glitz of the 2006 show. Publishers will be spending a lot less money on fees for the ESA, but you can bet that their marketing budgets will go up again. More exhibitors are being invited to attend the show to swell its numbers. Activision Blizzard and LucasArts are returning to the show.

And yes, the trade group has politely confirmed that companies will be free to use their own judgment on whether to bring back the “booth babes” that the fan boys have so sorely missed since 2006.

Now it’s all easier to understand, thanks to the numbers. That’s why the ESA has come full circle. This year’s E3 will take place earlier in the summer, June 2 to 4, at the Los Angeles Convention Center.