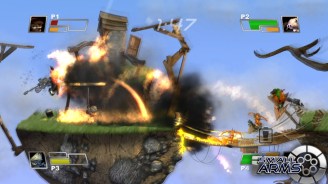 PopCap Games has acquired Gastronaut Studios for an undisclosed amount to expand its presence in Xbox Live and Xbox 360 markets.

Seattle-based PopCap is one of the most successful developers of casual games — lightweight games that can be played in a short amount of time, like Bejeweled, which has sold more than 25 million copies.

Gastronaut is best known for its hit title Small Arms (pictured), which is one of the top-selling titles on Microsoft’s Xbox Live Arcade. The company also made PopCap’s Feeding Frenzy 2 game, and is about to release PopCap game Peggle for Xbox Live Arcade. 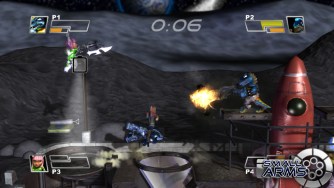 Previously, most of PopCap’s business focused on web-based games, but the company makes products available on almost every game platform. Under the terms of the deal, PopCap bought Gastronaut’s assets, employees and ongoing work on undisclosed projects. The Gastronaut founders retain rights to their original properties like Small Arms and upcoming title Gel. Presently, PopCap has more than 200 employees.