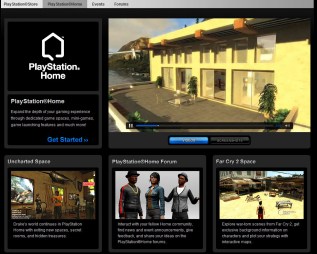 The PSN is the online gaming network for Sony’s PlayStation 3 and PlayStation Portable game devices, where players can socialize or play online games for free. By contrast, Microsoft charges $50 a year for game play on its Xbox Live online game network, which, at last count, had 17 million active players.

This doesn’t necessarily mean that Sony has more players than Microsoft. Sony counts every player that has ever registered while Microsoft counts those who have been active in the past month. Nevertheless, Sony is boasting about this benchmark because its network launched only 27 months ago.

Between the PSP and the PS 3, Sony has sold more than 70 million devices. That means a pretty good percentage of users are going online. Players can chat with each other, send text messages, play online games, download games and access Sony’s Home virtual world through PSN. It’s available in 55 countries.

The PlayStation Store offers more than 14,500 items that gamers can download, including 5,900 movies and TV shows. So far, more than 380 million pieces of digital content have been downloaded, with the value exceeding $180 million

Sony’s Home virtual world, where players can create realistic avatars and wander around virtual urban hangouts, now has more than 4 million users just two months after its launch. The user base for Life With PlayStation, an online video network, exceeds 2.6 million.