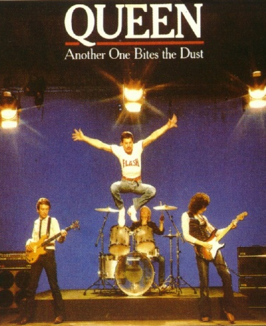 Back in September 2007, Google launched Shared Stuff, one of its first products explicitly meant to be social. Shared Stuff was its answer to services by competitors such as Yahoo’s Delicious and, to some extent, sharing on Facebook. The service had potential because it had Google’s weight behind it, and it was clear the company wanted to move into the social sphere.

But shortly after its launch, a funny thing happened: Like so many of its other products, Google completely and utterly neglected Shared Stuff. The service withered and, come March 30, will officially be killed off, Google has confirmed with us.

If you go to your Shared Stuff page (if you have a Google account, you have one, but probably don’t realize it, obviously a big part of the problem) there’s a message at the top that reads:

This service will no longer be available after 3/30/2009.
If you want another way to share videos, you can use the “Share” link below each YouTube video. You can also create a public Google Site if you want to share websites and links with friends.

This is a rather hilarious statement, as the blog Google Operating System notes. Does Google really want us to create singular web pages on Google Sites (its web page builder) for the purpose of sharing stuff on the web? That’d be going in the exact opposite direction to where social services are heading. I think Google does realize that. I think this was just a case where it wanted to quickly and quietly kill a vastly underused service and move on.

We asked Google about porting this sharing ability into some of its other products. “We’re always looking for ways to help people share information with friends and people they care about on the web, though we don’t have any specifics to announce right now,” a Google spokesperson told us.

Google is slowly but surely moving into making its products more social. The most high-profile example is Google Reader, its online feed reader, which Google added social shared elements to last year. Of course, the way it rolled out was poorly managed, but after Google realized that you may not want everyone in your Gmail contact list to see what you do online, it was upgraded, and the current version works pretty well.

In May of last year, Google launched a bookmarklet that let you share any page on the web in your Google Reader Shared items. This basically made Shared Stuff useless, as it served the same purpose and garnered a solid user base. So it’s not like we didn’t see Shared Stuff’s death coming. And as I noted over a year ago, barely anyone seemed to be using Shared Stuff. It had a “Top Shared Stuff” page, meant to show the top items being shared by users across the web — and the “most shared” item only had 10 people sharing it.

As I’ve said dozens of times, Google really should have created a “Most Shared” area for Google Reader. It took a small step in this direction in December when it launched a “What’s Hot” area, but that’s a list that Google appears maintain and curate itself. Instead, it needs a way to show what people are really sharing — a truly massive social page. Services like ReadBurner and RSSmeme have done this for a while, and if Google is serious about social sharing, it should too.

Google also appears to be beefing up support for its user profile pages, so perhaps we’ll see a shared item (from Google Reader) aspect incorporated into that eventually.