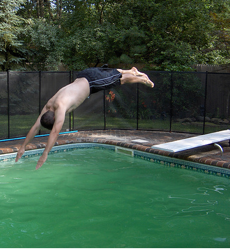 From the outside, Netflix’s Watch Instantly streaming video service appears to be in fighting form. Usage is up, the content catalog is starting to grow, and the service is expanding to set-top boxes, Blu-ray players, and game consoles. These recent trends should be enough to nudge the fledgling movie-streaming service into higher-def, richer programmed pastures, right?

McCarthy told conference goers that “the adoption rate for streaming is going to be paced by growth in the number of platforms in people’s homes that enable them to consume the content on their TV sets.” Note: McCarthy said “TV” and not “browser” — which is where a number of the service’s users started.

Though disheartening for the early adoption set, McCarthy’s projection makes sense. Getting a solid grip on couch culture was paramount to building out Netflix’s subscription service in the first place. Relying on that culture (and the hardware that enables it) has been a boon to the company; so, why expand ahead of the adoption rates of TV-centric hardware like Blu-ray players/set-top boxes/Xboxes?

McCarthy dishes out the hard dose of reality himself. Not only is the company banking on these devices for the growth of the streaming service, but McCarthy says it’ll take “many, many, many years of Christmas selling seasons” before streaming starts to make a dent. Given retail’s recent (and probably sustained) slump, this doesn’t bode well for Watch Instantly in the short term. And given the number of broadband-based content delivery services that have popped up recently, the long term is looking a little hazy, too.

Ultimately, this move raises an important question: Should Netflix try to draw users in by investing in must-have content and higher video quality on its streaming platform, or continue its wait-and-see mentality with hardware sales?

McCarthy indicated that Netflix was likely to offer a streaming-only subscription option at some point in the future, but went on to say: “Our approach is to make [Watch Instantly] incrementally better as part of the core value proposition.” He added that Netflix’s overall strategy has always been to build the DVD-by-mail business to critical mass and then “transition those subscribers into the digital world under the Netflix brand umbrella with a more compelling value proposition.”

Sure, it sounds ideal. But while Netflix is waiting to leverage its subscriber base, many of us are looking elsewhere for our on-demand fix.

You know, like the web browsers and cable boxes we already have.