More companies are catching on to the ways that technologies like the Internet, smartphones, and social networking can help people work with others and get more done.

These ideas become even more compelling in the current economic climate, when it’s a truism that everyone needs to prove they’re productive. That, or they’ll lose their job.

That’s why we’re making “Productivity 2.0” (a term which sounds a bit gimmicky, but which serves as a convenient shorthand for the trends we’re talking about) one of the topics at our DEMObeat panels on March 3, which will take place at the DEMO conference in Palm Springs. We selected three companies who are doing some of the most cutting-edge work in this area — using the web to integrate data and applications, enabling collaboration through social media tools, and making it easier to manage all your work on across devices. Some of them will be presenting new releases and features that haven’t been shown before. 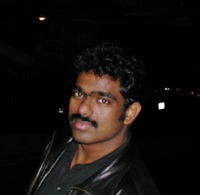 One of the leaders in creating web-based office applications has been Zoho. In addition to its seemingly endless range of apps, Zoho allows users to share their information between Zoho apps, and between Zoho’s tools and third-party applications. A recent important step in this direction is Zoho CloudSQL, which allows third-party applications to access Zoho data using the well-known database language SQL. And Zoho evangelist Raju Vegesna will demonstrating a new version of one of Zoho’s most popular apps (more later to be announced on stage) which will illustrate some of the richer ways information can be integrated across applications. 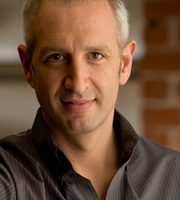 Jive Software, meanwhile, helps big-name corporate like Nike and John Deere collaborate within a company, with partners, and with customers using Web 2.0 tools like blogs, wikis, and forums. (The Sequoia-backed company has also been integrating with other applications and offering tools that make it easier to use its software even when you’re out of the office.) Chief Marketing Officer Sam Lawrence will offer a sneak peek at the latest version of Jive’s social business software, which breaks new ground by bringing internal and external collaboration together in a single dashboard.

As mentioned, a lot of the more-established tech players are working hard to keep up with the times. We’ve covered some of the exciting work being done in IBM’s Almaden Research Labs, and now Jeff Pierce, who manages mobile computing research at Almaden, will be showing us a product from the labs called the personal information environment (PIE). With PIE, users have a single environment to access all of their devices, be it a desktop, laptop, PDA, or mobile phone, and to use whichever device is best-suited for a particular task. This is not just synchronizing your data (like Microsoft’s Live Mesh platform and other applications), it’s giving you command control over all your devices in a new way.

The discussion will help attendees understand the big changes occurring in the productivity business, as well as introduce them to some exciting new tools. The other DEMObeat panels will cover social data sharing and energy efficiency.