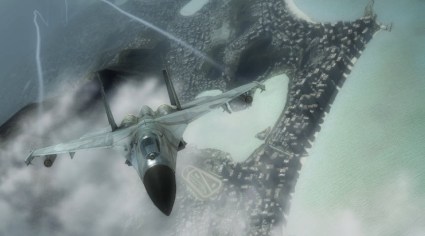 GeoEye spent about $100 million sending a satellite into the sky so that you could see realistic ground imagery in a new Tom Clancy air combat game.

Not exactly. But the data from a satellite 423 miles high has been integrated into UbiSoft’s new game, Tom Clancy’s H.A.W.X., a modern jet combat game set above real-world locations (see the trailer here). The game debuts next week on various game consoles and the PC. 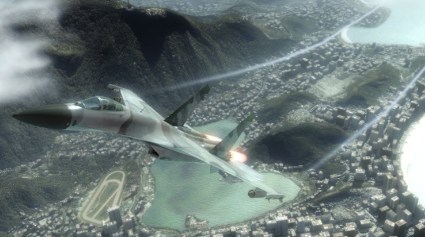 The data comes from the GeoEye Ikonos satellite, which can see things on the ground that are just 16 inches long. That data serves as the backdrop for ground maps in the game. UbiSoft’s game developers in Romania integrated the data with their 3-D elevation technology to create accurate terrain maps. They essentially drape the terrain data over a kind of relief map of the globe.

“The whole point is to give the gamer a real sense of authenticity,” said Mark Brender, vice president of communications and marketing at GeoEye. “It does a much better job than a cartoon map of immersing the player in the experience.” 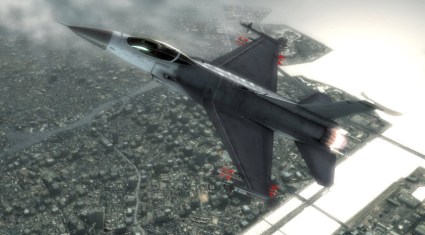 So if you aren’t too busy with a dogfight, you can glance at the ground below to see where you are in the world. Washington, D.C.-based GeoEye is launching a new satellite as early as 2012, but the satellite imagery has been available for commercial use for some time. It’s an example of how technology once available only to government spy agencies has now migrated to the open market.

GeoEye was formed in 2006 when Denver-based Space Imaging and Orb Image Corp. combined. Space Imaging had launched the commercial Ikonos satellite in 1999. In September, the company launched its GeoEye-1 satellite.

The company has 502 employees and reported revenue of $181 million in 2007. The company is profitable and just signed a $12.5 million-per-month contract with the National Geospatial Intelligence Agency. It also has a contract with Google to supply data for Google Earth. The GeoEye-2 could cost $90 million to $110 million to deploy. Its other U.S. competitor is Digital Globe in Longmont, Colo.