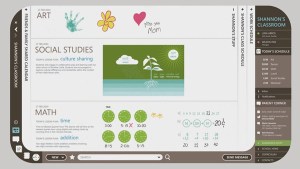 People sometimes ask me why I dislike Microsoft. The answer is simple: I don’t — I’ve just been disappointed with much of what it’s done in the past decade.

This disappointment stems from the 1990s, when I was a big fan of many Microsoft products (and incidentally, could not stand Apple products). But over the past 10 years, I’ve slowly transitioned away from almost everything made by the company. It’s not what I set out to do, it just happened because better products came along — products not made by Microsoft.

And it’s frustrating, because with billions of dollars spent each year in research and development, it’s not like the company doesn’t have the means to innovate and make great products. So what does it lack? The vision? Well, if the video below is any indication, no.

This video is a clip from a presentation given yesterday by Microsoft’s Business Division president Stephen Elop at the Wharton Business Technology Conference. It shows what Microsoft thinks the world may look like a decade from now, in 2019. (There’s a longer, five-minute version of the video on the blog istartedsomething.com.)

While clearly all of the products in this video are very much concepts, they show a Microsoft that seems to have a vision for the next decade. Carrying out that vision will be a whole other matter, of course, and so Microsoft needs to focus.

And it needs to realize quickly that focus doesn’t include wasting huge amounts of time and money on fights it will never win. Fights like the ones it’s bogged down in with Google for Internet search and advertising, and with Apple in portable media players.

Products like its Surface computer show that Microsoft has the potential to fulfill the promises made by the video above. And if it does that, I’ll have no problem once again using Microsoft products in my life. I’ve said it about Apple before, and the same applies to Microsoft: It’s not about the company, it’s about the product.