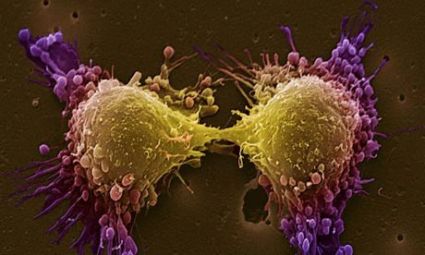 After a couple of years of preparation, Advanced Micro Devices is finally going to split itself in two today in the belief that competing with Intel is easier done with two heads instead of one.

Sunnyvale, Calif.-based AMD will retain 11,000 employees focused on the design and marketing of microprocessors. Meanwhile, the temporarily-named Foundry Co. will manufacture chips for AMD and will have 3,000 employees.

While the two companies are separate, they will be intertwined. They will share a common major shareholder, the Abu Dhabi government, whose investment vehicle is the Mubadala Development Co. The Advanced Technology Investment Corp., managed by Mubadala, will hold a big stake in the Foundry Co. in exchange for assuming more than a billion dollars in debt and investing more than $2 billion into the Foundry Co. ATIC will invest as much as $6 billion over time. Mubadala will also hold a seat on AMD’s board.

AMD will use the Foundry Co., with its factories in Germany, to manufacture AMD’s microprocessors and, possibly, AMD’s graphics chips, which are currently made by Taiwan Semiconductor Manufacturing Co. AMD will have 50 percent of the voting rights in the Foundry Co.

That latter fact is important for legal reasons. AMD has a cross-licensing deal that keeps it out of legal trouble with Intel. That deal applies to AMD and all of its subsidiaries. But the Foundry Co. can only be called a subsidiary if AMD has control over it. Hence, AMD has to have the 50 percent voting rights.

The tough thing about the transaction is that AMD and the Foundry Co. needed all the cash it could get in order to deal with the crushing debt load of the past. But the value of both entities has been slipping during the recession. That meant that the Abu Dhabi government had to accept that it had to dole out a lot of cash, yet not get a controlling stake, at least in terms of voting rights, in the Foundry Co. AMD recently had to cut 9 percent of its staff, or 1,100 employees.

Now Intel will have to worry about a newly competitive AMD going forward. The Foundry Co. will have a sugar daddy that can keep it alive no matter how much Intel pounds away at it (traditionally, by moving to newer technologies faster and lowering prices). And AMD, now debt free, will have more freedom to design its microprocessors without fear of going bankrupt soon.

“This deal will allow AMD to focus on what is important to us,” said Nigel Dessau, chief marketing officer at AMD, in an interview. “This makes our balance sheet more agile.”

AMD has lost money for more than two years, but starting with the launch of its Shanghai server processors last fall, it has gotten its “mojo” back, Dessau said. Indeed, AMD has now launched some very competitive server chips, consumer PC microprocessors (Phenom II), and a low-end solution for lightweight laptops dubbed Yukon. In the coming months, AMD is working on refreshing its laptop chips and a six-core microprocessor dubbed Istanbul. (Many chips now have multiple cores, or processing engines, on one chip).

Within a couple of years, AMD plans to launch Fusion, which will combine a microprocessor and a graphics chip on a single piece of silicon. That was the whole point of why AMD bought ATI Technologies a few years ago. And if AMD hangs on long enough, it may very well be in a good spot to win business from the makers of game consoles. AMD’s graphics chips are in roughly 80 percent of the consoles made today, and the company is anxious to offer new solutions for upcoming next-generation game consoles. There is nothing solid there yet, of course, but that competition with play out in the next few years.

“Game consoles are absolutely a very important business for us,” Dessau said. “They help us push forward the experience and the technology.”