The DEMO 2009 conference was in a familiar setting in Palm Desert, Calif., this week, but it was very different from past shows. The elephant in the room, as organizer Chris Shipley pointed out, was the weak economy.

That colored everything. There were fewer companies — 39 this time versus 72 in the fall and 68 a year ago. This meant I was able to spend more time with each company, meeting them at their booths as well as watching them on stage. There were 500 people at the show this year, compared to 700 last year. To me, it was a more intimate, better quality and less stressful experience.

And while many of the exhibiting companies say they’re built to survive tough times, it was easier to see the flaws in each business model. You could say this year’s batch was weaker than previous classes, but these companies also had to deal with a much more challenging environment than their predecessors.

In my view, there were no runaway winners this year, like past presenters Zink Imaging, maker of inkless printers, or Plastic Logic with its plastic ebook reader. The flaws? Home-Account, the mortgage advice company that doesn’t take ads from mortgage brokers, is asking consumers to pay $9.95 a month for subscriptions at a time when we all have subscription fatigue.

Technicopia has a great idea going with its Gwabbit software, which automatically captures contact information from emails. And Xandros has a nice solution to get a computer to boot within seconds. But both of these offer features that Microsoft should be building into its own software. So the startups may be weak foundations for lasting businesses. That’s why they didn’t make my list.

That said, here are my favorites of the show: 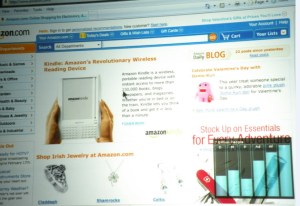 1. 7 Billion People. Austin, Tex. The company’s WebLegend service tracks user behavior on shopping sites in real time and adjusts the sales presentation to suit that user’s personal shopping tastes. It’s a smart idea that sites like Amazon should already have in place but don’t. 7 Billion People claims it can improve the conversion rate of window shoppers into actual buyers by 50 percent. If true, that would be a huge boon for web retailers, who current see 97 of every 100 shoppers abandon sales at some point before purchase. The danger, of course, is that web retailers ought to be able to figure out how to do this internally. Even so, I picked this one because they have a great business proposition for these times. 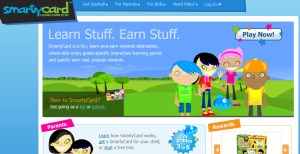 2. SmartyCard. San Mateo, Calif. Learn stuff, earn stuff. It’s a good motto that captures what the company plans to do. Kids take educational quizzes to earn points that they can cash in for rewards. The interesting twist is that parents buy the points first, paying $10 for 5,000 points. The company buys the rewards in bulk for a discount. Then it charges the parents a premium for the reward points and makes money on the difference. It’s certainly a good idea to use games to get kids to learn things. SmartyCard will be selling point cards in retail stores in the coming months. That’s a great way to expand its reach. But I hope this company moves beyond the quizzes at some point and starts offering educational games with more interesting play, as you see with companies like Dreambox Learning. As the fun comes to the forefront, the kids won’t even realize they’re learning something. 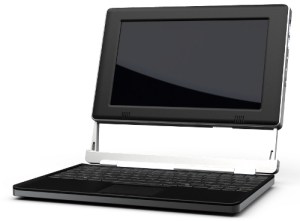 3. Always Innovating. Menlo Park, Calif. This company created the TouchBook, a  web browsing computer that’s smaller and less functional than a laptop — with a unique design. You can use it as a laptop, but you can also easily slip off the screen and use it as a tablet computer. It has an 8.9-inch touch screen and uses an ARM-based microprocessor, which allows it to go for up to 15 hours on a battery charge. It will come out this summer and is available for preorder now at $299. It’s the latest design from entrepreneur Gregoire Gentil, co-founder of Zonbu, which is selling Linux-based laptops. My concern is that it uses a Texas Instruments digital signal processor for a bunch of functions. I’m not sure it’s going to have the horsepower to quickly display rich graphics and video. But Gentil says it will. We didn’t see this one in action. Here’s the video.

4. Purewire. Atlanta, Ga. Purewire sells web security tools and services to businesses. But it is also branching into the consumer market with Purewire Trust. This is a simple web site that lets ordinary people improve their cyber safety. You can investigate someone quickly by entering their email into the site. It may come back with a known reputation score, good or bad, and tell you where the person has social networking accounts using that email address. It can also vet web sites, telling you how fast they load and whether they’re associated with malware. And it can check out applications like Java that might harm your computer. The company hasn’t said how it’s going to make money with the Purewire Trust site yet. 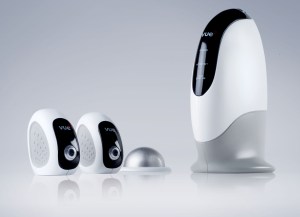 5. Avaak. San Diego, Calif. This company went to the trouble of creating its own wireless protocol for its Vue family of portable webcam products. They use a wireless mesh network, in which wireless antennae can be daisy-chained together as far as 900 feet. The network can transfer video back to a gateway, which sends the video out over the internet. You can watch the video at about eight to 10 frames per second. It’s relatively slow but good enough for home security purposes. The webcams are tiny and can easily be moved around and stuck to any wall. You can watch what’s happening from afar and share the video with friends, like grandparents who want to watch a tot’s birthday party. The whole package, a gateway and two webcams, sells for $299. This is a great way to set up a home security network. My only concern is that there may not be much demand — except among soldiers — for setting up a completely portable wireless video surveillance network.

And here is what the DEMO folks themselves chose as their “DEMOgod” winners: