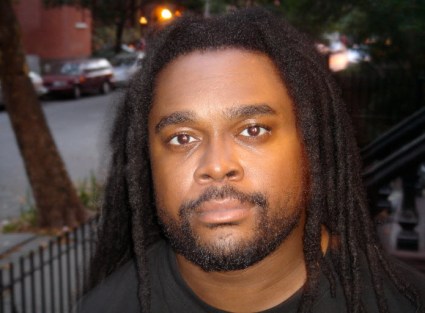 Think of N’gai Croal as the game industry’s version of movie critic Roger Ebert, with dreadlocks. As the game critic at Newsweek magazine and the author of the Level Up blog on video games, Croal is one of the elder statesmen among game industry journalists. He waxes poetic, in between Twitter posts, on the fine qualities of video games and the maneuvers of insiders in the game industry.

But at the tender age of 36, he’s now moving on. Croal is announcing today that he wants to help design games. As a fellow game journalist, I know the feeling. You play enough games, especially enough bad games, and you feel like you want to tell developers how to make them. Croal is hoping to do that as an independent consultant. Asked how he feels about the comparison to Roger Ebert, Croal said, “I hope I don’t make Beyond the Valley of the Dolls,” a reference to Ebert’s critically-panned screenplay. (His final post is here).

By itself, Croal’s move is small news. Journalists are fleeing journalism every day, with traditional media falling apart as more online sources compete for our ever-dwindling attention. But game journalists are especially prone to moving into the industry. Former G4TV editor Tom Russo is reviewing games for publishers. Chris Charla of Next Generation is working as a developer for Foundation 9 Entertainment. Christian Svennson, formerly of MCV and Edge Online, is working as a marketer for Capcom, and there are numerous other examples.

But Croal is considered at the top of his game; at the recent Dice Summit, he was one of four journalists who answered questions about the craft of game reviewing before an elite crowd. He’ll also be moderating a panel about taking on giants at VentureBeat’s upcoming GamesBeat 09 conference.

Developers fret that good or bad reviews from the likes of Croal can make or break their games. Chris Taylor, founder of Gas Powered Games, worried when a publisher tried to tie a bonus for his team to its Metacritic rating, which aggregates scores of game reviewers.

Croal grew up in Vancouver, Canada. He was the son of Guyanese immigrants and took to video games around age 10, when he obsessively played a version of Pac-Man on a computer. He was a film student at Stanford University who landed a job managing content at the Washington Post’s web site in the early 1990s. He scored his job at Newsweek in 1995 and received a promotion to general editor in 1999. While he often reviewed all sorts of entertainment, he started the Level Up blog to write specifically about games.

“I had what I considered to be a very good run in journalism,” he said. “I found that some of the smartest, most accomplished, and gracious people I met were on both sides of the industry, in journalism and in games. That makes me feel better about moving to the other side.”

He thinks that games are morphing and that new markets are emerging, such as gamers who used to be hardcore but are now weighed down with parenting and household duties. That’s a big market, yet many game designers act as if gamers have all the time in the world. He also pays close attention to how game developers start their games as they try to balance game play, which keeps the gamer active, and storytelling, which is more passive. In some of the best games, such as Valve’s hit from the holidays, Left4Dead, the introduction to the game both teaches you how to play and keeps you on the edge of your seat with rapid-fire action.

He also remains fascinated with the potential growth of new platforms — from Facebook to the Wii — that can reach so many more people today.

Croal isn’t naming who he’ll be work with first in his new consulting role but said he’s finding that many game makers want his advice before they start a game rather than once they’ve finished it.

It’ll be interesting to see how he does. You can watch his progress at his new web site, www.ngaicroal.com.