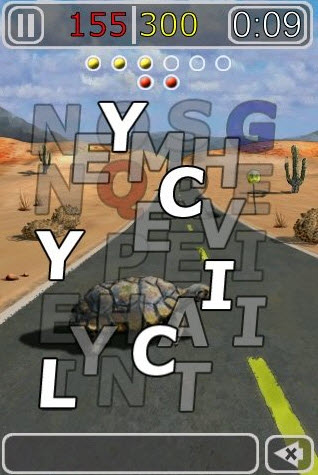 A generation ago in the 1980s, Don Traeger helped Electronic Arts rewrite the rules of sports video games with the launch of EA Sports. In the late 1990s, he founded Locomotive Games and sold it to game publisher THQ. Now he’s shifted to making iPhone games.

Traeger founded Portable Zoo in January with four other veterans of Locomotive. THQ had laid off the whole studio in November. But they’ve bounced back pretty fast. In less than four weeks, they pulled together and launched their first iPhone game, a word game called Letter Bug. Their next one will debut soon. The Letter Bug game sells for $1.99.

Traeger is happy about starting the company because he believes a shift is happening, much like the shift from newspapers to online publications. In games, traditional game publishers are laying off people by the hundreds, while casual game and iPhone companies are sprouting continuously.

“The economy is just a convenient excuse for this disruption,” Traeger said. “The business has changed drastically toward platforms like the iPhone.”

Traeger has self-funded the company to date. He is raising a round of outside money and hopes to hire as many as 35 people in 2009. He believes he can move fast, just like ngmoco, the iPhone game company founded by another Electronic Arts veteran, Neil Young.

At Locomotive, Traeger produced games such as Jet Moto 3, Jungle Strike, Road Rash, MX 2003, and MX Superfly. Even as he was doing so, he saw the shift toward new platforms happening for years. His company focused on making PlayStation Portable and other portable games for THQ. While the PSP was the hot thing in 2004, now Apple’s AppStore has shifted the attention to the iPhone.

The challenge will be standing out in the crowd, since there are thousands of iPhone games already on the market. One of the things that Portable Zoo is trying to do is create a graphics engine that can display good-quality 3-D games on the iPhone. Over time, Portable Zoo will expand to other portable platforms.

These themes of change in the game industry, by the way, will be explored at VentureBeat’s GamesBeat 09 conference.