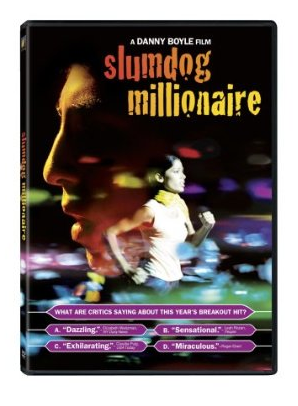 A couple of days ago, I wrote about the possibility that movie rentals were eating into DVD and Blu-ray sales. Between Netflix and video-over- the-Internet solutions, renting movies is now easier than ever, and there’s little incentive left to buy most films. This is a problem for Hollywood as it makes a lot of money off of DVD/Blu-ray sales, but much less on rentals. Now, one studio has what it thinks is a fix: pulling extras from movie rental discs.

Later this month, Fox will start creating two different classes of DVDs: One for sales and one for rentals, Variety reports. “For rental customers, we’re delivering a theatrical experience in the home while promoting upcoming releases; for retail [or sell-through] customers, we’re offering a premium product that expands the entertainment experience of that particular property to further enhance ownership,” a Fox statement sent to Variety reads.

The first films to test this new strategy will be this year’s Academy Award Best Picture winner, Slumdog Millionaire, and Marley & Me, both set to be released on March 31.

Smartly, some of these for-sale DVDs and Blu-rays will contain another incentive as well: Digital copies of the films. Fox has been distributing copies of films that reside on DVDs that can be copied to your computer for playback for about a year now. Obviously, it wouldn’t want such a feature on movies that are being rented.

But the question of course is, will this new strategy help reverse sliding physical disc sales? Probably not.

While die-hard fans of certain movies will undoubtedly want to own bonus features for those films, those people likely would have bought a copy of the film anyway. But I’m betting that most people simply don’t care very much about special features. Neither streaming movies on Netflix nor digital copies of films sold through iTunes or Amazon have special features, and yet those continue to gain in popularity. It seems to be a case of convenience outweighing features.

There’s another major problem with this strategy, too — it’s called the First Sale Doctrine. Basically, it gives retailers the right to rent any legally purchased copy of a movie. So, a video store could go buy copies of movies with these extras at Wal-Mart or Best Buy and then rent them.