We’ve written glowingly about Yahoo-owned email and collaboration software Zimbra before, but it looks like we’re far from being the only fans. In fact, Zimbra announced that has crossed the 40 million user mark. And those are paid mailboxes, not free accounts.

Zimbra has flown a bit under the radar — it’s not exactly obscure, but I don’t watch it as closely as, say, Gmail. It turns out, however, that Zimbra actually has 31.4 million users in the United States, squeaking by the 31.2 million unique monthly visitors Gmail received in the US during the month of January (according to comScore). And while we’re beating up on Google, we should also note that Google recently reported having 10 million users for the free and pay versions of its business application bundle Google Apps — again, well behind Zimbra. These numbers also imply Zimbra might soon pass other popular webmail services like AOL Email and Windows Live Hotmail. 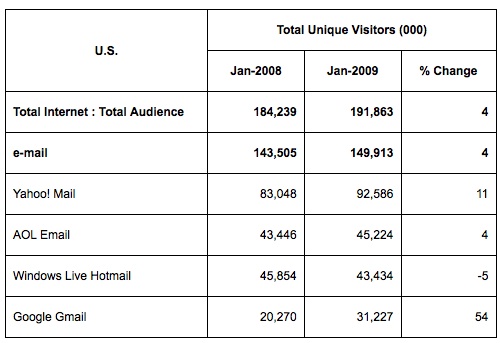 Granted, you risk entering “apples and oranges” territory when you compare a consumer-driven webmail product like Hotmail with something that’s more focused on businesses and institutions like Zimbra. (Update: A lot of Zimbra’s growth was likely fueled by the big deal it struck with Comcast in 2007, as several commenters note below. A spokeswoman says deals with Comcast and other service providers “represent a large number of Zimbra’s user base” but adds that the company isn’t at liberty to offer details.) Throw in the fact that we’re measuring Zimbra’s self-reported numbers against numbers from comScore and Google, and things start looking pretty dodgy. But even if we stick to Zimbra’s numbers alone, the growth is quite impressive — a year ago, it reported less than 12 million paid mailboxes. Let’s hope Zimbra continues that growth despite the departure of founder Satish Dharmaraj.

The news also ties into a blog post by Hitwise’s Heather Hopkins earlier today. Pointing to new Yahoo chief executive Carol Bartz’ remark that email is becoming “increasingly critical” to the struggling company, Hopkins notes that email accounts for more than third of Yahoo traffic. Of course, Yahoo Mail and Zimbra are separate products, but Zimbra’s numbers underline Hopkins’ and Bartz’ message — if there’s a way for Yahoo to get out of its current mess, email is going to play a huge role. 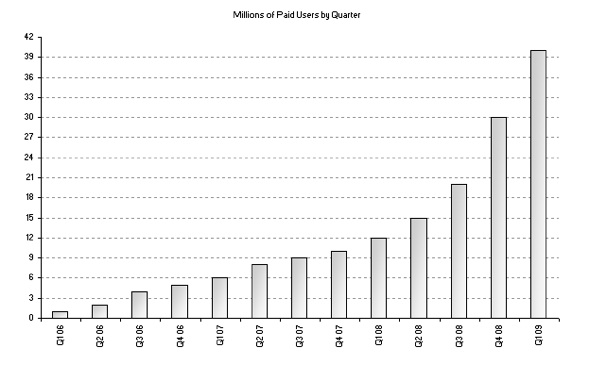