Naturally, the following is all just speculation — but it’s intriguing speculation (the best kind). Why is it intriguing? Because it involves a date for Apple’s Worldwide Developer’s Conference (WWDC), OS X 10.6 Snow Leopard, the iPhone and a Steve Jobs return. 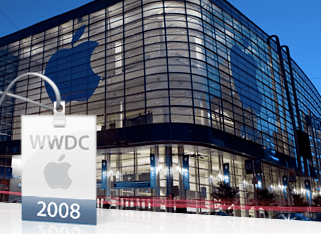 First, the likely dates for WWDC are June 6 through June 12, The Baltimore Sun’s David Zeller has deducted with some research and some sound logic. First and foremost, WWDCs usually take place in June, so Zeller took a look at the booking schedule for Moscone West (the usual venue in San Francisco for large Apple events) and found those dates in June scheduled for a vague “Corporate Meeting” — a disguise Apple has used for its events in the past.

All other events listed for May and June are for real companies like Cisco, except another event on May 27 and 28 which is also a “Corporate Meeting.” These dates are almost in line with May 16 through 22, dates that a tipster gave AppleInsider for WWDC, but not quite. According to the schedule posted by 9to5Mac, on May 16 to the 21, Moscone West is free, but Moscone North and South are hosting the American Psychiatric Association Annual Meeting (which some may joke should be the nickname of events like WWDC for Apple fanboys).

The main problem with the May dates schedule for the Corporate Meeting is that it’s only two days and WWDC usually lasts over the course of a week. 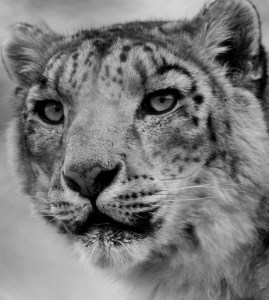 The reason why WWDC may be a big deal this year is two-fold. First, Apple’s new operating system OS X 10.6, aka Snow Leopard, was first teased at last year’s WWDC. Apple said at the time that it would be available in about a year. Apple is currently testing Snow Leopard with developers, and it seems to be coming along nicely, reports indicate.

Zeller uses this knowledge to continue down his logic path. Assuming Apple uses WWDC to unveil Snow Leopard, it would likely do so during the keynote address, which is almost always on a Monday. June 8 is that Monday.

Zeller uses that date to do some more digging, this time into books — or book release dates to be specific. Amazon lists a bunch of Snow Leopard-related books set for release in mid-June through July. The first one of these is set to launch on June 15, exactly one week after the June 8 possible keynote date. In the past, books about Apple OSes have been unveiled just a few days after the launch of the software.

The second reason why WWDC could be big this year is that iPhone possibility. While AppleInsider says that the event is “likely to introduce new iPhone 3.0 software and a new mobile hardware revision,” it’s probably a bit much to say both are “likely,” but I would say that at least a new version of the iPhone is fairly probable.

Given the evidence floating around out there about the mysterious iPhone 2,1 new hardware, it would seem that Apple is testing a new version of the phone right now. And given that it has released an iPhone in June or July for the past two years in a row now, this timeframe could well see another version released.

The iPhone 3.0 software is harder to know about for sure. It seems very likely that Apple would attach a new version of the iPhone software to a new piece of hardware, but whether that would be version 3.0 seems to be a guess at this point. 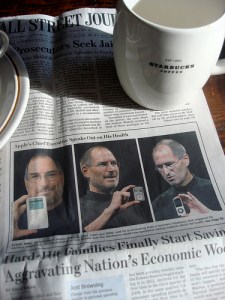 As if all that we’re enough, there’s some more speculation out there — this time really not based on much, but again, still interesting. Both 9to5Mac and Apple 2.0 are stating their predictions that Apple chief executive Steve Jobs will make his return from medical leave of absence at this June 8 WWDC keynote.

When he left, Jobs noted that he would be back at the “end of June,” but it stands to reason that he would not miss such a huge event, and could push up his return a few weeks. Such an event (as laid out above), would certainly make for a triumphant return.

Of course, there are plenty out there who believe that Jobs will never return to Apple, that his illness is either too serious, or that he feels it’s just time for him to move on. But at its recent shareholders meeting, Apple’s top brass insisted that Jobs was still on track to return, and remains involved in key decisions for the company even in his absense.

So there you go, as I said, this is all speculation, but some of it (at least the WWDC and Snow Leopard stuff), seems to have some pretty decent logic behind it.

In terms of the iPhone stuff, don’t think that Jobs and the others at Apple didn’t read Palm investor Roger McNamee’s statement about the Palm Pre to Bloomberg yesterday:

“You know the beautiful thing: June 29, 2009, is the two-year anniversary of the first shipment of the iPhone. Not one of those people will still be using an iPhone a month later.”

Jobs and company may have a little something to say about that on June 8.