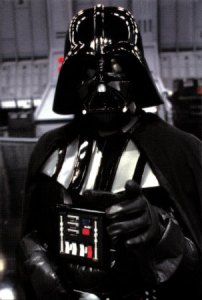 Well, that didn’t last long. This morning, Boxee, a company that offers a way to bring online video to your TV, brought back Hulu content to its users.

It did so by way of a workaround, using public RSS feeds. Hulu has already struck back, blocking Boxee’s access to those feeds. Game on, says Boxee in a post on this latest move.

While it was pretty ridiculous before that the big media companies behind Hulu forced the company to pulls its content off of Boxee, now it’s entirely ridiculous. These are public RSS feeds, which any browser should be able to access — yes, even a browser optimized for a 10-foot viewing experience.

Again, it’s not like Boxee is blocking the advertisements that Hulu serves up so the content companies can make money. The only reasons I can imagine that those companies are so against this is either a) they don’t understand it or b) they want to create their own set-top box for Hulu and don’t want any other company to offer such an option.

As I noted earlier today, Boxee representatives did meet with Hulu and the content providers, but were unable to come to an agreement.

As Boxee’s Avner Ronen writes in the blog post:

to our users: if you choose to use boxee as your media browser to view legal and publicly available content on the internet, we will do everything we can to ensure that you can access it, no matter what the source.

Update: And now, after some tweaks, the service is apparently working again. The Return of the Jedi perhaps? The saga continues…