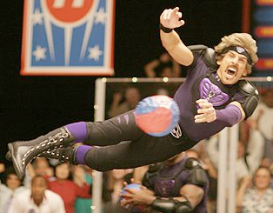 Each year, around the time of the SXSW festival people start wondering out loud what the “next Twitter” will be. You see, the quickly spreading micro-messaging service really got its start at the Austin,Texas-based festival two years ago, and has been growing ever since. Of course, last year’s Twitter was, well, Twitter. But this year there may be another service that catches on — if it can get approval in Apple’s App Store.

The service, called Foursquare, may be very familiar to you if you used the service Dodgeball in the past. Dodgeball, was an early location-based social service made popular among the tech elite in the San Francisco Bay Area, that Google bought in 2005. By 2007, its founders became fed up with Google’s neglect of the service they had created and left the company with middle-fingers wagging.

Now, one of those founders, Dennis Crowley, is back with Foursquare. I’ve been testing it out in closed beta for the past week, and I’m happy to report that it’s solid, and has the potential to be addicting.

As I said, it’s very similar to Dodgeball, but with a few key differences. The first is that it has a nice web UI. Dodgeball was mainly used via text-messaging — remember, it was made before smartphones with nice graphics — and so, the web interface didn’t matter much for the service. But now, the mobile web has changed, and so has Crowley’s apparent approach towards it. Not only does the site look nice on a desktop or notebook web browser, its mobile web page looks pretty nice as well.

That said, text messaging is still the preferred means to interact with the service. If you’ve used Dodgeball in the past, you’ll know the syntax, but for Twitter users is may be a little complicated. You see, to “check-in” at a location, you use an “@” symbol, then a space, then the name of the location. If you want to leave a message, after the name of the place, you put in a “!” symbol, followed by a space, then your message.

The “@” is not used to reply to someone as it is on Twitter. And Twitter never intended that to become the standard — the users came up with that — because really it makes no sense. You’re not “at” someone, you’re “at” a place, which is how Dodgeball/Foursquare use it.

The second big difference-maker for Foursquare will be an iPhone application. That’s why I noted that this service could be a surprise hit at SXSW if the app is approved in time. The app is currently waiting for approval, and that could happen “literally any minute,” Crowley tells me. Of course, it has already been rejected by Apple once, because it apparently contained something that Apple didn’t like. Crowley has since corrected and re-submitted.

(As we all know by now, Apple can be pretty picky when it comes to App Store approvals.)

A third difference involves the feature side of the service. While both Foursquare and Dodgeball are about checking in places, Foursquare adds a bit more of a social element by incorporating two features called “Top 12” and “To Do.” Basically, Top 12 allows each users to list their 12 favorite things to do at various places around their home city. To Do allows users to save items from other users’ Top 12 lists to make sure they do them later. When you do them, you can check them off on the site.

Foursquare keeps track of all of this information, and gives you awards based on doing tasks like completing To Do items, and checking in places. That element is what could lead to this service being a viral hit. And the fact that it’s not trying to displace Twitter, but rather utilize it to help you spread the word about what you’re doing, should definitely help as well. 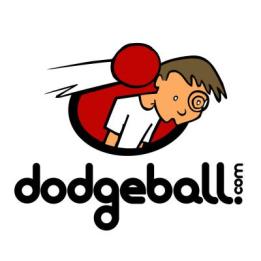 The reason why this service could be big at SXSW is that first of all, all of the tech early adopters will be there. Many of them used and loved Dodgeball up until Google officially killed it last week. Another reason is that like Dodgeball, Foursquare is based around cities, and yes, Austin is one of them (as is San Francisco, New York and other hot spots).

Let’s say I go somewhere in Austin next week and I want to see who else is at the same place. Sure, I could do a Twitter search, but Foursquare can be set up to automatically ping you when a person you are following checks in somewhere. And with the iPhone app (again, if approved), it will be even easier to see which of your friends are around you and to check in places with the use of GPS.

With the moves Google is attempting to make in becoming more social — especially its recent emphasis on location-based social aspects with services like Latitude — it was never really clear why Google bought Dodgeball only to let it die. You’d think it could have been a great centerpiece of Android, instead, it became yet another neglected Google acquisition.

Crowley asked that I not use any screenshots of the service until the iPhone app goes live, and it officially launches. As I said, this should be any second now depending on how picky Apple is going to be.

I hope to see some of you in Austin on Foursquare.

Update: The Foursquare iPhone app just became available tonight. I have been using it a bit, seems very solid.