Twofish is announcing today that it has several customers using its Twofish Elements platform for creating virtual goods and micro-transactions in online games.

With Twofish Elements at their disposal, these companies should be able to do interesting things with the virtual economies of their games, from allowing players to be merchants or creating new types of play experiences based on how the players interact with virtual items. 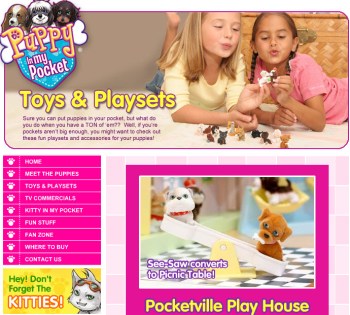 As you you can tell from the names these are new makers of online casual games, or those that are lightweight games aimed at broader audiences, not hardcore game fans. Twofish enables those companies to set up virtual economies where players can buy, sell or trade goods within the games.

MEG’s Pocketville, a site for girls that sells collectible puppies, illustrates how Twofish enables new business models for its customers. The puppies come with codes that can be entered online to unlock privileges. Twofish handles those transactions. It can report back to Pocketville how much the kids play with their online puppies, what sorts of online accessories they buy, and other activity. Every pet has its own unique identity, as does every item, and Twofish tracks it all. That data enables Pocketville to make better decisions about the policies that govern its online world.

In Star Fever Agency, a game where players try to make their starlets famous, Twofish manages the concept of “vintage cloting” for the game, where older styles of clothing can be had for cheaper prices but can become more expensive when they come back into style. 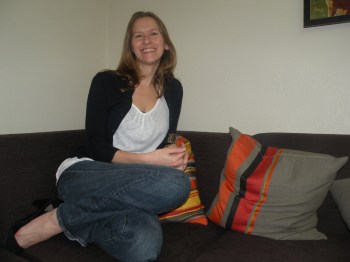 Lisa Rutherford, president of Twofish (pictured), said in an interview that Twofish Elements stands apart with its ability to deal with complex transactions. You can, for instance, engage in transactions that have multiple parties involved where the engine must accurately track the share going to each party. It also gives customers the ability to track inventories, test and optimize the prices for virtual items, establish multiple currencies, and create currency exchanges.

“Our most interesting discussions happen when we talk to our customers about the new kinds of game play that they can introduce with virtual economics,” Rutherford said.

Rutherford, who has studied econometrics, said that building a virtual economy isn’t easy and it has to be properly managed so that players stay motivated to keep buying and selling. Twofish can look at the sales data and come up with recommendations to keep usage high and players engaged.

You can even track the history of ownership of virtual goods in a game. Rutherford said that if someone shoots a police officer with a gun, then drops it, and another player comes along and picks up the gun, then it’s quite possible that the system could identify the latter player as a “cop killer” because they own the gun that killed the police officer.

Twofish also makes it easier to share virtual goods transaction data acroos divisions or companies as needed. And the company offers to store the data in a secure and scalable way so that it’s protected from hackers or server crashes. Twofish makes money through revenue-sharing deals with its partners; there is no upfront fee for installation.

Twofish competes with rivals such as Jambool. Indirect rivals include Playspan and LiveGamer, as well as game publishers who create their own virtual goods platforms with their own internal game development teams.

The company has raised money from Rustic Canyon, Triplepoint, and Venrock. It was founded in December, 2006, and has 17 employees.

Please check out our GamesBeat 09 game conference on March 24. Here’s a video from Sean Ryan, cheif executive of Twofish.