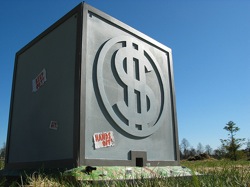 Financially, it’s been a tough year for almost everyone, even the absurdly rich. Some of the tech world’s richest men are billionaires no more, according to Forbes’ new list of the world’s billionaires. Among the most notable dropoffs (for VentureBeat readers) are Facebook‘s Mark Zuckerberg, Sequoia Capital‘s Michael Moritz and venture capital pioneer Arthur Rock.

Last year, Zuckerberg (then 23) was estimated to be worth $1.5 billion, making him the world’s youngest billionaire. Now he’s lost at least $600 million and is “simply a youthful multi-millionaire,” Forbes says. The Wall Street Journal’s DealBook blog, meanwhile, notes that Moritz and Rock have fallen off the list — and that’s despite Moritz hanging on to the number two spot on Forbes’ Midas List of the world’s top venture capitalists (based largely on his investment in Google). Moritz was previously ranked No. 897 with a net worth of $1.3 billion, while Rock ranked at No. 1,014 and was worth $1.1 billion. Rock is famous for backing companies like Intel and Apple, but he also invested his money with fraudulent financier Bernard Madoff.

That doesn’t mean tech or venture capital have been cast out of the billionaire’s club, of course. For one thing, Microsoft founder Bill Gates may have lost $18 billion, but he’s still worth $40 billion, putting him back at the top. Google co-founders Sergey Brin and Larry Page are tied for 26th with $12.0 billion each. Moritz’s fellow Google investors John Doerr (of Kleiner Perkins Caufield & Byers) and Ram Shiram tied for No. 601, and are estimated to be worth $1.2 billion each.

Other tidbits: The total number of billionaires has dropped from 1,125 to 793. The world’s richest bachelor is Michael Bloomberg. And New York City has the highest concentration of the world’s billionaires, with its 55 billionaires far outnumbering San Francisco’s 10. Man, my New York friends will never let me hear the end of this.