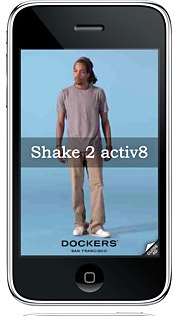 Oprah to interview Zuckerberg tomorrow — The talk show host will probably ask Zuckerberg to demo the show’s new Facebook page, according to the Wall Street Journal.

Jason Calacanis offers $250,000 for a prominent spot on Twitter — The Mahalo founder predicts that having a profile that’s promoted through Twitter’s “suggested users” feature will be worth “$1 million — Super Bowl commercial level” in five years.

Microsoft exec appointed to protect nation’s computers — Philip Reitinger, who currently has the unwieldy title of chief trustworthy infrastructure strategist at Microsoft, has been given a spot in the Department of Homeland Security, where it will be his responsibility to protect federal computing systems.

The switch to daylight savings time costs the U.S. $480M — At least according to RescueTime, which extrapolated from data collected by its time tracking software.

Adify updates its platform for building and managing ad networks — The company says Adify 4.0 allows advertisers to track the success of up to four conversion points after a user has clicked on an ad.

imeem CEO on monetizing social networks — In the video, Dalton Caldwell talks to hypebot about the music-focused social network service, and outlines (vaguely) some of the targeted advertising projects coming later this year.