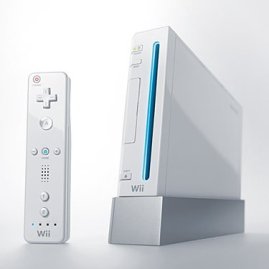 In an interview with Variety magazine, Lionsgate president Curt Marvis let slip that the Wii presents a major opportunity for Hollywood studios to distribute movies and television shows — and that this might be a reality before the year is out. While it isn’t written in stone, someone of Marvis’ stature probably isn’t just blowing smoke.

There are other indications a Hollywood-Wii deal might be in the works: Nintendo has already started developing a video-on-demand service to deliver original content via the Wii in Japan. The next logical step would be to partner with U.S. studios and agencies to add American films and shows to its roster. If it does, the Wii would instantly come toe-to-toe with Microsoft’s XBox Live, which already offers this feature through a partnership with Netflix, and Sony PlayStation Network, which has just joined forces with NBC Universal — not to mention the pack of set-top boxes that also serve internet video straight to living room televisions like Roku, Boxee, ZillionTV and Apple TV.

It seems a likely move for Nintendo, which has always been very TV-set-centric. It has a ripe chance to dominate the market in one fell swoop. There are 16.2 million Wiis in the U.S. right now as opposed to 12.8 million XBox 360s and 6.3 million PlayStation 3s. Not only would the Wii double the market for this kind of online video service (making it a Hollywood darling overnight), but it would beat the early adopters at their own game. And as a family-oriented entertainment system, the Wii is arguably a better fit for the business as well. Can’t you just see Disney rocking the Wii’s bubbly interface?

The only forseeable drawbacks are that the current Wii model wouldn’t be capable of high-definition playback and lacks a hard drive for long-term storage. That said, it’s more likely Nintendo would set up a quality streaming service through the device and wait for another hardware roll-out to add in requirements for enhanced viewing and video storage.