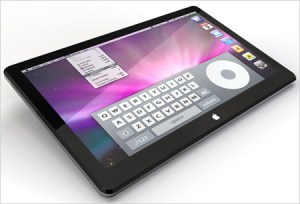 With Apple holding its iPhone OS 3.0 preview event tomorrow, the rumor mill is in full force. And given that Apple only sent out the invite to the event last week, the amount of uncertainty about what it will show off is higher than usual — yielding even more rumors.

What we know for sure is that Apple will be previewing the 3.0 release of its new iPhone OS software. This is likely to be a large update, not only because of the numeric change, but also because Apple is having an event just for it. So far, the rumors of what it will include have focused on the elements that people have wanted in the iPhone since its initial release back in 2007.

Of these, copy and paste seems the most likely right now given what others have heard. MMS (picture and video messages) support has been rumored as well, but a huge feature like the ability for applications to run in the background is much more cloudy. While plenty of people are predicting it, Digg founder Kevin Rose told an audience at the SXSW festival in Austin, Texas over the weekend that he heard from a trusted source that the feature would not be included in iPhone 3.0. But he then went on to mention multi-tasking support, which would seem to suggest background tasks. The video of that event is embedded at the bottom of this post.

But all of those things are features that have been expected for some time now. What’s more interesting is the things that aren’t so obvious. To that end, Computerworld’s Seth Weintraub is predicting that Apple will use tomorrow’s event to show off a 10-inch tablet computer. I noted this possibility as well last week.

I haven’t heard anything specific about it, and it doesn’t sound like Weintraub has either, but there’s a lot of smoke out there that Apple has such a device in the works. And given that this is an “advance preview” of the new OS, it seems that Apple wants to give developers some time to prepare for some big changes. That could be on the software end, but it could be on the hardware end as well.

A new version of the iPhone seems pretty likely in the June or July time frame. Such a device would probably get a processor upgrade, a graphics upgrade and perhaps a battery upgrade. But would Apple really change that much else about the device? Instead, it could be looking to expand the iPhone/OS X experience to other products. Eventually, that will include a tablet. Could that expansion start tomorrow? It’s certainly not impossible, and it sure is fun to think about.

[photo a mockup via this blog]