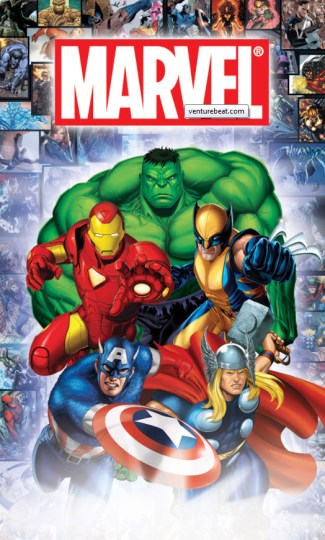 The first game is a kid-oriented online world based on brand-new Marvel property Super Hero Squad. This show for kids will debut on the Cartoon Network in the fall and the game will debut sometime in 2010. Gazillion, based in San Mateo, Calif., has already been working on it for a year.

Heretofore unknown, Gazillion is unveiling itself as one of the most ambitious game startups in the world. It has 300 employees and is squarely focused as a pure play company developing online game worlds for the mass market, with game projects based on Marvel, LEGO, and its own original properties.

But that’s just the beginning. Robert Hutter, chief executive and president of Gazillion, said his company has a license from Marvel that will span 10 years. During that time, Gazillion will be able to make any number of online games based on any of the 5,000 characters in the Marvel universe.

That’s a coup for Gazillion. Hutter, former chief of Revolution Ventures, founded the company in 2005 to focus on making high-quality MMOs (massively multiplayer online games), or world simulations with thousands of players. 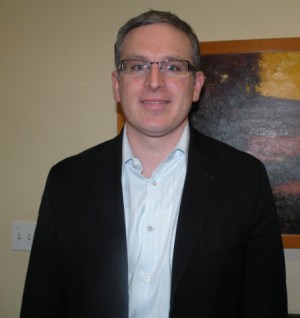 The first one will likely have options such as subscription fees or the choice to buy virtual goods in order to gain new capabilities inside the game. The title will be aimed at making games more accessible to broader numbers of consumers, Hutter said.

The deal also represents a fresh start for Marvel, which previously announced a major online game with Microsoft and Cryptic Studios in 2006 called Marvel Online Universe — a game that was subsequently cancelled in 2007. No one reported the exact reasons for that move, but it was one in a long string of MMOs that Microsoft canceled.

The cancellations suggest that it has become exceedingly difficult to make successful MMOs. But everybody keeps trying because they know the subscriptions to the game (Activision Blizzard charges $15 a month) can generate long-term revenues. Activision Blizzard’s successful MMO, World of Warcraft, makes hundreds of millions of dollars a year.

Activision Blizzard makes console games based on the Marvel license, but Simon Philips, president of Marvel Enterprises’ consumer products group, said that it makes sense to keep the console and online game licenses separate, since it takes very different kinds of skills to make each type of game.

Marvel, of course, is one of the most successful brands on the planet. Philips said Marvel’s goal is to create products to serve its fans wherever they can be found.

The timing for the games is good because Marvel is in a golden age and has a whole slate of movies coming — Spider-Man 4, Thor, Captain America and Iron Man 2. On average, the 14 Marvel films made since 2000 have generated $400 million in box office receipts each. Marvel itself is not investing in the games; rather Gazillion has the responsibility of bearing the cost to make the games. By contrast, Marvel itself has taken over the production of its own movies, allowing it to become a major film company.

This deal is timely for VentureBeat’s GamesBeat 09 conference on March 24, since Marvel executive Ira Rubenstein will be a speaker on the Mass Market Games panel. It’s also another sign that the game industry is operating on its own cycle of innovation and hasn’t really been slowed by the recession.

Up until now, Gazillion operated in stealth mode as NR2B Research, creating four game studios. While Hutter’s background is in investment, he did make a game for the Commodore 64 when he was 12 years old. He also recruited talent from a bunch of entertainment companies: Blizzard Entertainment, Pixar Animation Studios, Microsoft, Apple, and others.

Gazillion managed to get the license because it’s spared no expense and hired a huge team across its four studios. Among its investors are Oak Investments, Allen & Company, Founder’s Fund, Hearst Corp. Investment Group, Revolution Ventures and UV Partners. The company has not disclosed how much money it’s raised to date. The management team includes Paul Baldwin, marketing chief, and former top marketing man at Eidos Interative, the maker of the Tomb Raider games.

One of the company’s studios developed the new kids online game SmartyCard, which won a coveted award at the recent DEMO 09 show. SmartyCard is an educational online game where kids take quizzes, earning points that they can cash in to get rewards such as iTunes cards.

Hutter said that SmartyCard is an important division because it has developed a virtual goods transaction system that can be used across multiple game worlds. That means the company won’t have to rely on outside firms such as Twofish or PlaySpan for its virtual economy system.

Online game rivals include Sony Online Entertainment, which is making DC Universe Online, as well as mass-market oriented games such as Jagex’s Runescape and Nexon’s MapleStory.

Yet another big deal that Gazillion has is with toy maker Lego, which has licensed Gazillion’s studio, NetDevil, to develop LEGO Universe, an MMO where you can have fun, family-oriented adventures and build things creatively. Gazillion hasn’t disclosed until now that it’s the owner of NetDevil, which it acquired last year. LEGO Universe is expected to be finished in 2010.

The pattern here is that major brands are beginning to realize that a hit MMO game is a great way to make existing brands more relevant to young fans in the digital age, said David Cole, an analyst at market researcher DFC Intelligence (another GamesBeat 09 speaker). He estimates that the PC game market will grow to $19 billion in 2013, with MMOs — both casual fare and hardcore games — representing about $11.8 billion of that total.

The Super Hero Squad game will be more stylistic and less realistic in animation, and its storylines will be more accessible to broader fans. Yet it will include familiar superheroes such as Iron Man, Hulk, Wolverine, Thor, Fantastic Four, Captain America and many others.

Beyond the Super Hero Squad game, Gazillion will continue with its own version of a giant Marvel game, dubbed Marvel Universe, for both the PC and video game consoles.

Gazillion’s studios include Amazing Society, based in Issaquah, Wash., which is making the Super Hero Squad game and two other unannounced MMOs; Net Devil in Louisville, Colo., making both LEGO Universe, and Jumpgate Evolution and another unannounced game; Gargantuan in San Mateo, Calif., making the Marvel Universe PC and console MMO game; and Slipgate Ironworks in San Mateo, Calif., which is making an unannounced original MMO.

For more on the game market, please check out VentureBeat’s GamesBeat 09 game conference on March 24.