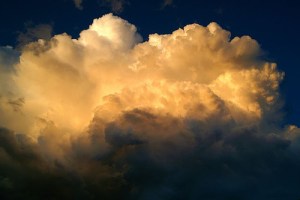 Pop quiz: What’s the worst thing that could happen in the cloud? Microsoft certainly knows the answer. Especially after Azure, the company’s foray into cloud computing services, melted down this past weekend. It gets better — this massive outage comes five days before Azure’s moment in the sun at this week’s Mix Online developer’s conference in Las Vegas.

Though the project is still in its infancy, I can’t help but recall last October’s steadfast reassurance from senior Microsoft platform strategist, Tim O’Brien. He not only emphatically supported the company’s ability to deliver cloud services at a broad scale, but also touted Microsoft’s smooth and lengthy history of managing data center operations. It wasn’t necessarily a false representation; however, it didn’t exactly pay credence to the occasionally fragile nature of the cloud.

As the umpteenth cloud to recently fall out of the sky, I’m convinced that mini-failures like Azure’s are always going to be a part of centralized processing and storage. Time has shown that it’s rarely a question of if computing at this scale breaks down so much as when. So, it’s puzzling when purveyors of the cloud sidestep transparency while addressing failures like a (largely inevitable) crash.

So far, Redmond’s reaction to the Azure outage has been a bit of a mixed bag. Details are a little sketchy as to the cause, but according to reports Azure went dark for nearly 24 hours spanning a Friday/Saturday stretch. Microsoft has since solved the problem, albeit after a period of confusion, and with a little egg on its face. But here’s the rub — though Microsoft’s customers were likely frustrated and panicked, it’s likely that they still value doing business in the cloud. As early adopters they’re used to risk, so there really isn’t a need to hide a somewhat embarrassing (but largely predictable) truth.

Over the course of the last year I’ve seen outages at cloud services from Google, Amazon, Flexiscale, and now Microsoft; so, it’s clear that no one is immune. But let’s be honest — some people have handled these situations better than others. I can only hope that Microsoft has learned a valuable lesson from Azure’s first real crash, and that they’re better prepared when the cloud goes dark again.