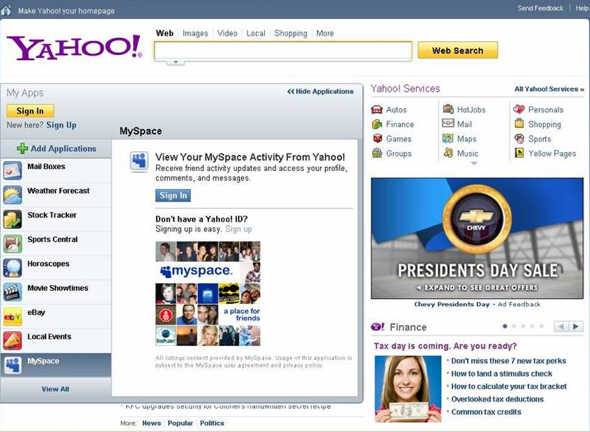 MySpace is making it easier for users and developers to access data on its site from around the web, with the release of several new features for its MySpaceID distributed identity service. The service’s new features could make the entertainment-focused social network more relevant to more people, at a time when the company’s traffic is stagnating and management is turning over.

Starting today, MySpace users can log into partner sites using their MySpace identities, see updates from Myspace friends on those sites and publish information from MySpace to partner sites. You can check out the MySpaceID integration on Yahoo’s homepage. This release, which we previewed a few weeks ago, follows up on previous MySpaceID features that let users access their MySpace profile data and find MySpace friends on other sites.

How is MySpaceID going to help MySpace? Basically, third parties can take and remix MySpace data in ways not previously possible. It’s not clear how people will use these new tools, but an obvious use is for entertainment-related sites. MySpace has stayed popular with younger users, in part because it is an established venue for musicians and other celebrities to connect with fans. MySpaceID’s new features make it easier for artists to take their MySpace fan bases with them to other sites. In an example that MySpaceID product lead Max Engel previously shared with us, he created a site focused on video game soundtracks, that lets you see streams of related activity happening on MySpace’s home site. 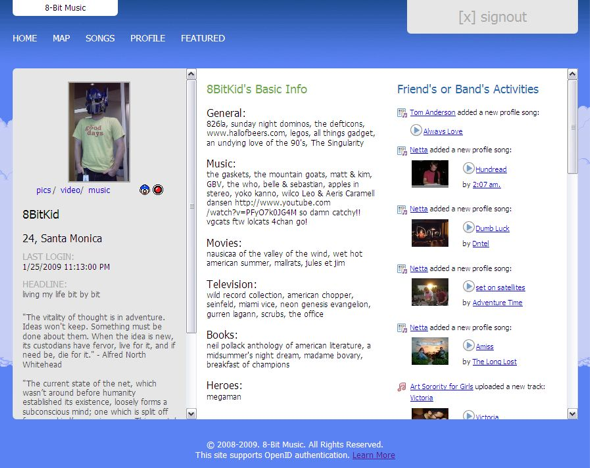 MySpace is offering these services using the so-called “open stack” of community-standard methods of sharing information about users between sites. In partnership with other companies like Google, Plaxo, and many others, MySpace is making it easy for a site — like a musician’s site — to let users sign in and use data from many different social networks and services. As a result, a musician can bring their fans from different sites together in one place.

But why is all this good for MySpace? The social network is working on a way for third-party sites to share information back with its home site. So if you have a bunch of fans coming from a variety of web services to one central site — and you have all this data coming in from MySpace — these fans may start thinking that they should really spend more time on MySpace trying to find their favorite musicians. In other words, MySpace could get more users.

All of these features are similar to what Facebook already offers through a rival service called Connect. But Facebook doesn’t have the same focus on entertainment. And it doesn’t have a simple way to create, stream and share playlists of music like what MySpace has through its MySpace Music sub-site (a joint venture with record labels that shields MySpace from the usual music copyright lawsuits — the sort of venture that Facebook so far has failed to match).

It’s not yet clear how much MySpaceID could help users, but this seems like a step in the right direction.