Rebel Monkey is launching its CampFu online game world for teens today. The New York company hopes to distinguish itself from a bunch of rivals with its cooperative style of game play.

As many as four players can join together to play the four different mini games included in the CampFu world, said Margaret Wallace (pictured below), chief executive of Rebel Monkey. The company spent more than 18 months creating the Monkey Wrench game platform for CampFu. 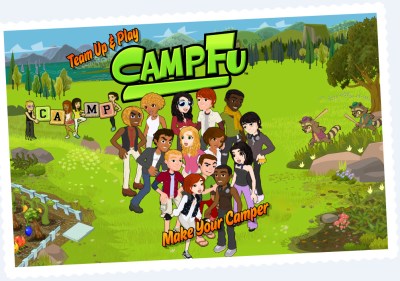 The world is targeting teens who can enjoy the semi-freedom of summer camp life. They create their own avatar, or virtual character and can play martial arts games, hang out in camp common areas, and chat. It’s a casual game, not a hardcore title, but players can keep coming back to play the same character, as in other massively multiplayer online games.

Players can win badges and achievements that generate “tickets,” a currency that can be spent on adornments. They can also spend real money on “Fu cash” to buy certain things inside the game. The games all encourage some kind of cooperation in teams. In Critter Smackdown, you join other players in trying to whack animals, as in Whack A Mole. Other games include WordMob, FunGeez, and Veg-Out.

While Critter Smackdown is a free-for-all, Veg-Out — where players harvest and move crops — requires a lot of coordination. Teams can play against each other. While there are more than 200 kid virtual worlds in the works, Rebel Monkey thinks the cooperative component of its games makes it a unique play. 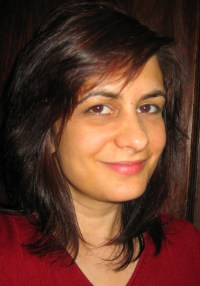 The game world will have premium subscriptions. But visitors can also play for free and pay for additional features as they need them. Rebel Monkey has developed its own virtual goods system to manage trading inside the world. Any purchases, though, go through a third-party purchasing system created by Fatfoogoo.

Part of the technical challenge was to create a game that players could play in a web browser with real-time (or live simultaneous play) multiplayer action. Wallace said that the company will make the application programming interface for Monkey Wrench available to third parties, who could make games to run inside CampFu. The API release will likely be in the second quarter. Monkey Wrench could also power other virtual worlds or games.

Rebel Monkey was founded by Wallace and Nick Fortugno, creator of the popular Diner Dash casual game franchise, in 2007. The company has 30 employees and raised funding from Redpoint Ventures. Wallace said the company plans to raise a new round of money and hire a marketing chief now it has launched.

There are already 30,000 players inside CampFu, since the company launched a test version in mid-February. Wallace said the company should be able to add new games every four to eight weeks, now that it has finished the platform. The company will also add new features like camp cabins and other common areas. Among other features coming: the ability to give gifts to other players.

Fortugno of Rebel Monkey will be on a panel on casual games at VentureBeat’s GamesBeat 09 conference on March 24 in San Francisco.