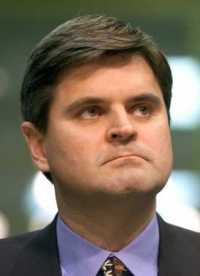 PS 3 price cut? Everybody wants Sony to make its PlayStation 3 game console cheaper, but Sony has been holding out. An analyst notes that a price cut may not help anyway. 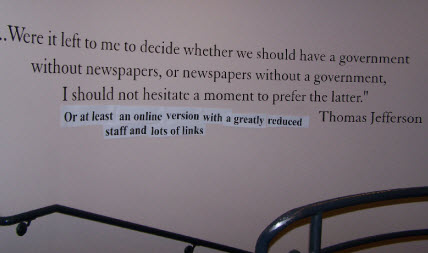 Seattle Post-Intelligencer prints its last paper issue — The news site will live on, but with a staff of 20 instead of 165. The photo on the right came from a former staffer with a taste for humor.

Cisco dives into server market — Now the world’s biggest router maker will muscle in on the turf of server vendors IBM, HP, Sun Microsystems and Dell. The New York Times has more.

Nokia lays off 1,700 people — The world’s biggest phone maker takes a hit thanks to weak phone sales. Reuters has more.

Ifbyphone launches BlackBerry app — The conference call and messaging app is its first on the RIM platform.