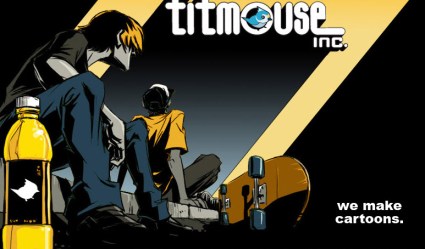 Titmouse said today it is launching its own game studio and is making a console video game dubbed Seven Haunted Seas.

The Hollywood, Calif.-based company is the creator of Metalocalypse, one of the Cartoon Networks’ highest-rated Adult Swim animated film series. It has also done the animations behind cult animation hits like Avatar: The Last Airbender, Afro Samurai and the Amazing Screw on Head.

Now the new studio, Titmouse Games, will expand into an area that the company already knows well. That’s because Titmouse animators have been creating the introductory animated clips (known as cinematics) in video games for years. The company create cinematics for the past four Guitar Hero games and just finished work on Guitar Hero: Metallica.

The company has hired game veteran Aaron Habibipour as the creative director for Titmouse Games. Habibpour has spent the past eight years working on games such as Guitar Hero, Darkwatch, and Gun.

Seven Haunted Seas is a a console-based action role-playing game set in a pirate world. An undead pirate, Scurvy Pete, returns from hell to find a dark, post-apocalypitic future where he must right all of his past wrongs to restore the world. The company is looking for a partner to publish/distribute the game and is weighing its options for digital distribution. Titmouse has more than 100 employees and has not raised outside  funding. Titmouse Games is in discussions for funding.