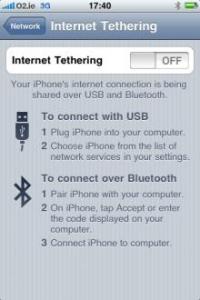 iPhone tethering and no commitment price — Just a day after Apple’s iPhone 3.0 software event, developers have found out that tethering is in fact an option in the new OS. They were able to get it working when connected over USB, according to MacRumors. This is great, but you will undoubtedly have to pay for it when AT&T and Apple officially turn it on.

A contract-free iPhone? — Speaking of AT&T, the company is also apparently getting ready to finally offer a no-contract iPhone 3G. This could come as soon as March 26 and will cost $599 for an 8GB iPhone and $699 for the 16GB model, according to Boy Genius Report.

IE8 arrives early — The latest version of Microsoft’s web browser has been included in the beta version of Windows 7, but apparently the company wants to get it out sooner than that product. While Microsoft is still the dominant player in the web browser space, it has a lot of competition now from not only Mozilla’s Firefox and Opera, but Google’s Chrome and Apple’s Safari browsers. This latest version, which will be out tomorrow, is getting some praise from Walt Mossberg of the Wall Street Journal, but he warns that performance during heavy browsing is an issue. 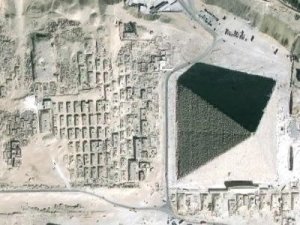 Google finally gets its new satellite pictures — Back in August of last year, Google signed a deal with GeoEye to use its GeoEye-1 satellite images in Google Maps and Google Earth. The satellite went up in September, but commercial use has only just now begun. Google says that over the next few months, images shot with the GeoEye-1 will start appearing in its products.

ChaCha cuts 25 of 81 employees, raises $12M more — It’s also trimming salaries due to the poor economy. The investors in this C round were not identified, according to VentureWire.

Counting Crows to do its own web-distribution — The band parted ways with Universal Music Group when they didn’t see eye to eye on the issue. TechCrunch has more.

Google and Microsoft launch sites to show off web apps — A new site from Google features some of the best web apps running Google’s new JavaScript engine it built for Chrome. Some cool stuff, though not terribly useful — yet. The Google Blog has more. Similarly, at its MIX conference today, Microsoft also launched a site to show off web apps.

Google and WPP study ads — The two groups are teaming up to look into both digital and traditional media advertising, according to MediaPost.