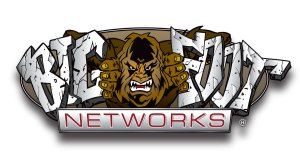 Bigfoot Networks is launching the second-generation of its gaming network card for PCs to deal with the problem of lag.

Lag is the problem gamers see when they’re getting ready to blast someone in a multiplayer combat game and the computer screen slows down so much that their aim is off. By speeding up the network, Bigfoot’s products can keep trigger-happy gamers satisfied.

The Austin, Texas-based company has partnered with game computer maker Alienware and accessory maker EVGA to distribute the Killer Xeno networking card with built-in support for voice chatting over the Internet. The product comes with more memory than its earlier device, allowing for much better Internet speed and a better gaming experience for multiplayer gamers. 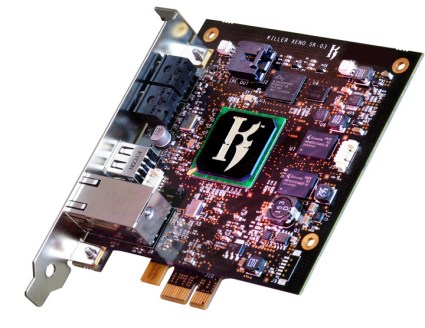 To implement the voice chat, Bigfoot partnered with voice services firms such as TeamSpeak, Vivox and the open source application vendor Mumble. The whole point is to deliver a crystal clear voice and overall hiccup-free experience to gamers when they play over the Internet, said Michael Howse, chief executive of Bigfoot.

The Killer Xeno is an add-in board that you can use to replace the networking function inside a computer. But Dell’s Alienware division has decided to build the boards into its game systems. EVGA, a maker of system boards and graphics cards for computers, will also distribute a version of Killer Xeno under the EVGA brand name.

Howse said that while Killer Xeno will continue as a brand name, Bigfoot will shift to being a provider of a technology platform that others can license for their own products.

This kind of product appeals to hardcore gamers. But Howse said that the company’s technology for speeding up the Internet is broadly applicable to mainstream gamers and enterprises. He said that, down the road, the company will launch new products that reach beyond gamers. 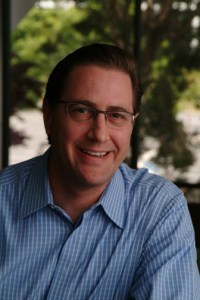 The company was founded in 2004 and has raised $13 million to date from Northbridge Venture Partners, Venio Capital Partners, and Palomar Ventures.

The new networking processing chip in the product operates at 400 megahertz instead of the 333 megahertz of the earlier version. Bigfoot designs a custom chip that is manufactured by chip maker Freescale. In that sense, it competes on the chip level with networking chip vendors Broadcom and Marvell, and its rivals in networking cards include Linksys, Netgear, D-Link, and Intel. It has 30 employees.

For more on the game market, please check out our GamesBeat 09 conference in San Francisco on Tuesday.