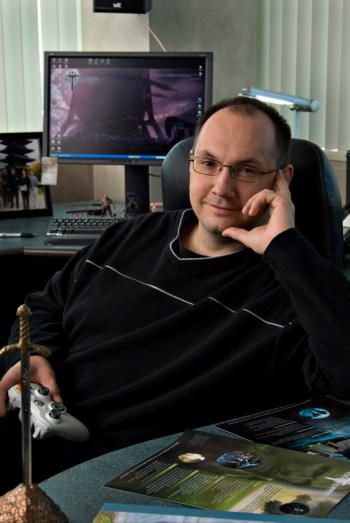 [Editor’s note: The following is a guest column contributed by Denis Dyack, founder and president of Silicon Knights, one of the world’s largest independent game developers.]

Anyone who creates videos games understands that its key differentiator from other entertainment media is its interactivity. Video games are non-linear entertainment in the sense that traditional narratives, as in film, novels and television, are always experienced in predetermined sequence, and repeat experiences are the same in structure. While with video games one cannot predict the order of events because of interactivity.  Therefore,  traditional mediums are, by contrast, linear entertainment.

Technology is commoditizing the value of traditional linear entertainment towards zero. Soon, all of these traditional media forms — books, movies, TV, even music — will have little or no value as commodities.  This is a fundamental economic shift, and we should be ready for a decline of these traditional industries to a fraction of their former selves. These declines will be more severe than that of the auto industries, because today we still cannot download cars (we are not living in sci-fi author Neal Stephenson’s Diamond Age, where even diamonds can be reproduced as commodities, yet).

Examples of this commoditization in traditional linear intellectual property (IP) can be seen in many forms.  One of the most obvious is the music industry, which has seen a drastic decline in revenue over the last decade because of bit torrent and the Internet. Whoever would have predicted that iTunes would generate more revenue than the entire music industry?  Due to recent market pressure iTunes recently removed its DRM, so even iTunes is feeling the pressure of technology on its business model. Technology has created a social trend and a resulting change in social values that is likely never to be reversed.

The movie industry, too, is being hit, and the same will happen to it as happened to the music industry. The only thing that has slowed the impact on movies so far has been the size of the medium compared to music. With both images and sound, it requires much more memory and has taken longer to commoditize.  However, with new technological advances in both storage and bandwidth, this difference is being wiped away rapidly. 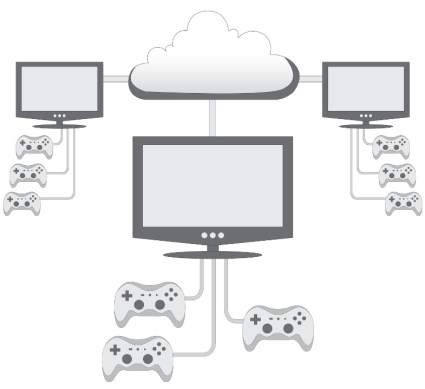 Commoditization of technology has left no stone unturned, as the book industry is also being affected by a new device called the Kindle. The price of books will also drop rapidly as you can now just download hundreds of great literary works into this new piece of technology.

Regarding the difference between linear and non-linear entertainment: If you sit behind someone with a camera and record someone watching a movie, you will essentially capture the same visual experience they have but diminished. Thus, something as simple as entering a theater with a camcorder is an effective way of copying the film (IP theft/iIllicit trade). However, if you record someone playing a video game with a camera, you will not capture the same experience at all because you lose its interactive dimension.  Consequently, it is not an effective way of illicit trade.

Why is this significant in terms of IP? The answer has to do with the fact that once you transmit any linear form of media through an output device, it can be duplicated. This means that regardless of how good the encryption or DRM may be, it can eventually be cracked and copied because it has to be transmitted to be enjoyed and serve it purpose as entertainment. Once something is copied digitally and put on the Internet, its exchange value diminishes substantially to the point that most people will not want to pay for it. In short, technology has commoditized it and the IP.

Now let’s look at non-linear or interactive forms of entertainment. The simple transmission of the media captures only one part of the experience because it requires interaction (two way interaction), and the player’s actions are not recorded. Nor can they be, as they will change to what the player does. The result of this difference is profound and will likely define the future of the industry forever.

Imagine if technology allowed us simply to broadcast a video signal (games) at 60fps at 720p through a server. The only piece of hardware required would be a controller at the end where the gamer sits by his or her HDTV. Suddenly there is no longer any need to download software, as one can just subscribe to a provider. This would work with all software, such as Microsoft Office, for example. There are several very large companies (IBM, Microsoft, etc.) putting a lot of research into this model, which is called the Cloud, so-named because it is a collection of data center computing resources connected via the Internet.

This model is attractive because it eliminates piracy 100 percent, since the consumer does not have anything to copy and needs only to log into the Cloud to interact. Technology is commoditizing the value of hardware to zero and a unified platform will be the likely result. Following this logic to its end, the implication is that hardware could be removed altogether. What hardware one runs behind the wall of the Cloud is unimportant; only what you are transmitting counts. Thus, the ultimate game console in the Cloud model is no console at all.

The current business model for software IP is under siege as revealed by how retailers have jumped on the used game market (what I would call theft or illicit trade). The Cloud is the death of traditional brick and mortar retail outlets for software, a fact already becoming obvious to retailers who constantly battle over when a game can be released over steam vs retail.

All of this may seem like gloom and doom, but really, the end result is a remarkably positive shift for those who create original games. Game developers (those who create original IP) are what Peter Drucker would call knowledge engineers. In his book Post Capitalist Society, Drucker discusses how the economics of traditional capitalism (where money generates more money) will shift toward a knowledge-driven economy (where engineers or creators embody value for the economy). This is how companies like Microsoft were born and why today companies like GM are fading away.

In the Cloud, publishing and advertising become much easier. With the Cloud, getting directly in touch with the consumer may be as simple as starting a website. This means that those people who can create ideas will ultimately become empowered and that the future is bright for game developers as the need for traditional publishing and distribution also is commoditized.

If you are wondering about the technology for the Cloud, it already exits and we will likely see public tests in the near future.

Denis Dyack founded Silicon Knights in 1992 after publishing “Cyber Empires” in 1991. Since that time, Silicon Knights has moved from creating PC games to premiere console titles for Nintendo, Microsoft and Sony. Beyond interactive software, Dyack is a member of the Peter Drucker Society and works closely with several universities, including MIT and Brock University. Dyack is one of the recently added speakers on the Game Entrepreneurs panel at VentureBeat’s upcoming games conference, GamesBeat 09.