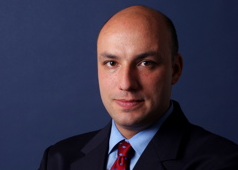 Privacy advocates upset at Facebook over its terms of service can perhaps feel a little happier now. The social network has hired Timothy Sparapani — senior attorney with American Civil Liberties Union, an organization that’s not shy about fighting to protect privacy — to be its new director of public policy.

Facebook says it will reveal more about the position when Sparapani starts next month. For now, the company is only saying that he’ll be based in Washington, D.C. and will be reporting to chief privacy officer Chris Kelly. Some details on Sparapani’s ACLU job, from a conference bio last year:

Perhaps most importantly for Facebook, Mr. Sparapani has deep ties to some of its loudest critics at organizations like the Center for Democracy and Technology, the Electronic Frontier Foundation and the Center for Digital Democracy, which have been raising alarms about Facebook’s increasingly precise ad-targeting technology and its controversially revised terms of service agreement.

Sparapani’s hire comes on the heels of a massive user outcry last month about terms of service that seemed to give Facebook special access to user data (many other web services have similarly onerous terms, but anyway). Facebook ceded ground, at least to some degree, agreeing to open up the process to user input — that process is ongoing, and privacy groups are still finding problems.

As an aside, a high number of Facebook execs have political interests. For example, although Kelly himself has been rumored to be considering a run at the California attorney generalship, Facebook now says that Kelly will be reporting to Elliot Schrage, the company’s vice president of global communications, marketing and public policy, according to Facebook. Apparently the run for office isn’t happening at this time.