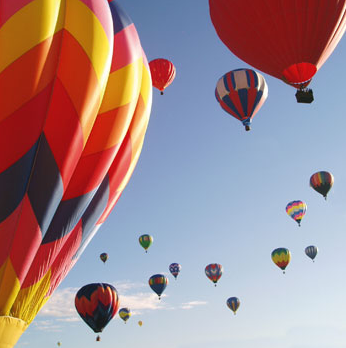 As a web startup with a massive $15 billion valuation and balloon-like growth to 200 million users, Facebook is in the middle of Silicon Valley’s second internet bubble. And perhaps it’s just a bubble — Facebook may be having trouble even paying its bills, recent reports suggest. But Facebook made a little less than $300 million in 2008, came within five to ten percent of breaking even, and closed the year with more than $300 million in the bank, according to reliable sources. The problem for the company isn’t so much in paying the bills as it is in eventually making billions of dollars.

But what about the cost of supporting Facebook’s seemingly ever-growing user base, and what about its monetization efforts? Based on a budget the company set at the end of last year, it is on track to make a little less than $400 million, I hear (less than the amount TechCrunch just heard, but in the same neighborhood). Of course, any projection like this is subject to change. The company is making money on advertising, including through its various experimental advertising features, and what’s not clear is how much advertisers will want to spend on ads during this coming year. For now, Facebook is only telling me that it plans to continue growing and hiring more employees — these are plans it made at the end of last year based on market conditions. Apparently, the last three months haven’t been too scary.

Facebook expects to hit 200 million monthly active users later this week, it says. This fits with the rate that company founder Mark Zuckerberg pegged a month ago: Five million new users a week worldwide, with one million of them in the United States. By its own count, the site has more than doubled from 100 million last August.

But will this trend continue, and if so, how will the company pay for all those new users when it’s still not profitable? If it grows at five million users a week for the rest of the year, that’d be nearly 200 million more users, meaning 400 million by early 2010. One has to wonder where all those users will come from — mobile users in countries with otherwise poor internet access? Most of China’s online (and domestic social network-preferring) population? Or maybe Facebook’s growth will slow due to its controversial new redesign and competition from other social networks and newer entrants like Twitter.

(Aside: Does Facebook already have between 250 million and 280 million users, as a Facebook engineer said recently? This is also around the number that analytics firm comScore has recently reported. The engineer later said he misspoke — and comScore doesn’t have a perfect worldwide window into sites’ traffic — so I’m continuing to assume 200 million users for now.)

Paying for those users

Traffic will almost surely go up some amount — so the issue is how much money Facebook might need to continue paying for its operations? The still-incomplete answer seems to be that it is not desperate for cash now, and won’t be soon. So, as it says, it’s not changing its growth-first strategy. Here’s what else we know.

Facebook has been busy trying to obtain another one-year $100 million loan from TriplePoint Capital, BusinessWeek reported last week. In this form of debt financing, a company agrees to give an investor some amount of equity in exchange for a loan that it can use to buy physical assets like servers. In return, the investor in these arrangements can recover the physical assets and recoup some of the original cost. Many web companies pay for growth this way. 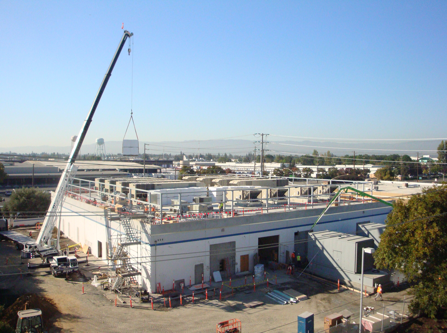 The social network tells me today that the amount under negotiation is substantially less than “$100 million” although the final number hasn’t been agreed upon yet. Facebook also confirms that it has other lease lines in place, but it’s not saying how much it has available to spend in total. Previously, according to the report, the social network already used $60 million of a one-year $100 million loan from TriplePoint that it obtained last spring — per the contract, the loan ended recently. Last year’s loan was on top of a previous $30 million one from earlier in 2008 or 2007.

The thing about infrastructure costs is that companies are able to drive them down through taking more control over their own data centers and infrastructure architecture. Facebook has been doing this, as a source in the storage industry told me last year — and as web developer Niall Kennedy has shown in an in-depth investigation he published this morning. The company opened up its first exclusive data center with Digital Realty in Santa Clara this past January (pictured), which likely included cheaper electricity and rental costs. It is also opening up an international headquarters in Dublin, Ireland, where it is increasing its “operational support” — a cheaper data center for European and other nearby countries than the current ones in the US? Kennedy concludes that Facebook “should lower total operating costs per server” this coming year “thanks to new efficiencies in the cost of power and a decline in leasing price per square foot as Facebook buys in bulk.”

Facebook isn’t commenting on costs, other than to say that it’s pretty happy about how it has reduced operations costs so far. It also says it will be talking publicly in the future about how it is driving costs down for expensive-to-serve media like photos and videos — part of its company-wide effort to let employees be more open about what they’re up to.

Where does this leave Facebook’s finances (and the second internet bubble)?

So far, we know that Facebook is still seeing revenue growth, has cash in the bank, as well as lease lines for cheaply buying more equipment, and is reducing its costs. Nothing new and dangerous enough has happened on either the revenue or cost front to warrant changing plans. Despite uncertainty about these issues, the information available indicates it doesn’t need more money.

So why would it be raising more money, as a rumor first introduced by Robert Scoble a few weeks ago suggested, and as BusinessWeek and TechCrunch (and myself) have more recently heard? Facebook has been open about raising more money since last year, but it has said it doesn’t need it.

Maybe more cash would be set aside in case of a much rainier day? Maybe it’d be to help pay for Twitter or other acquisitions that it couldn’t otherwise afford?

But Facebook has wanted to raise more money at the $15 billion valuation — and now everyone’s hearing that it’s open to raising money at a lower valuation. Probably, yes. Like every other company, public or private, its valuation today is likely lower than it was a year ago before the stock market started tanking. Which is to say, a drop in the company’s valuation isn’t an indicator of its overall health.

Facebook’s site, its developer platform, its Connect service for exchanging social data with other sites, its mobile applications and services, and other products are all creating a lot of value for people by helping them to connect — but not creating billions of dollars.

Perhaps we need to change how we talk about the web bubble. The one in the 90s wasn’t so much a bubble but a rough childhood. This time around, it’s not a different bubble but adolescence after that rough childhood, with growth (in the form of traffic) but not much maturity (few meaningful business models). For Facebook and most other advertising-based web companies, adulthood still looks years away.