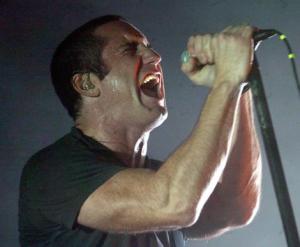 Every so often, the social voting news site Digg holds a “Digg Dialogg,” a chance for Digg community members to submit and vote on questions that will be asked of an interesting and/or powerful person. The latest announced guest is certainly interesting: Trent Reznor, founder of the rock band Nine Inch Nails, Digg co-founder Kevin Rose announced on the company blog today.

Reznor has long been a critic of digital rights management (DRM) as an effective way for the music industry to control its product. Instead, he’s favored alternative approaches for providing value to his fans, which in some cases has meant giving his music away for free — or leaking new songs on USB drives in random European bathrooms (I’m not making that up). He has also released music over BitTorrent, a service long associated with piracy.

You’ll have until Saturday, April 4 at noon Pacific time to submit questions for Reznor and vote on them. You can do that here. The interview will be posted on Tuesday, April 7 at 10PM PT.

Universal Music Group won’t let me embed Nine Inch Nails’ “March of the Pigs” (way to kill some free marketing, guys), so instead I’ll just link to it here. Update: I found NIN’s official YouTube page, which will allow you to embed the video — way to stick it to the man once again, Trent.