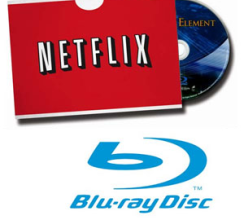 Netflix subscription fees are going up — at least for the Blu-ray crowd. The Los Gatos, Ca.-based movies-by-mail company is bumping up the cost of its Blu-ray rentals by 20 percent. Jessie Becker, Netflix’s Vice President of Marketing, says the increase will replace the current pricing structure and affects all membership tiers as of April 27th.

For the average $16.99 per month Netflix subscriber renting Blu-ray discs, this means a monthly increase from $1 to $4. Meanwhile, spartan renters on the $4.99 plan will continue to pay $1, while heavy viewers on the $47.99 plan will shell out an additional $9.

Like the previous setup, the core subscription fee dictates the number of movies that can be rented at one time (between one and eight), and the additional fee merely grants access to Blu-ray titles when they’re available. The mathematically challenged can have a look at the chart below for the full spread.

Although the increase seems a little sudden (Netflix introduced the flat $1 Blu-ray fee last October), the move mostly makes sense. As a rental company, Netflix retains its customers by licensing in-demand titles and ensuring efficient and cost effective delivery. Delivering those titles in high definition format — through both its streaming service and Blu-ray — is certainly a priority as well. But, let’s be realistic — a staggering 90 percent of Netflix’s 10 million subscribers are still on DVD-only rental plans.

Even with HD’s audio/visual nirvana waiting around the corner, the majority of Netflix subscribers either haven’t upgraded their hardware, or don’t see the value in the additional monthly cost. Paired with the company’s expectation to be in the DVD-rental business for the long haul, it’s clear that its current Blu-ray offerings are designed to serve a niche market of HD enthusiasts.

As an expanding rental company, Netflix will always have to pay credence to the costs of procuring new media. If that media happens to be in an expensive format serving a minority of its subscriber base, then an added expense only makes sense.

To be fair, it’s arguable whether these facts truly equate to a 20 percent increase. But, I suspect Netflix’s ultimate goal is to elevate its Blu-ray rentals to a luxury status. As such, the price increase is less about an arbitrary notion of fairness, and more about separating the subscribers who have Blu-ray versus the ones who demand it.

For the time being, I’m part of the former.