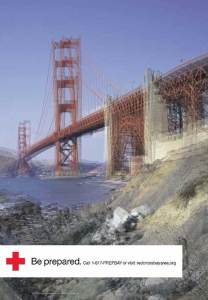 Earthquake news and Twitter have long gone hand in hand because of Twitter’s instant mass-communication ability. Today, an earthquake shook the San Francisco Bay area (where Twitter’s headquarters is located, along with many of its original users), and Twitter traffic went nuts.

Below, see what my stream currently looks like in Twitter. Keep in mind, I follow over 800 people, most of whom are not in the Bay Area, and yet every single tweet in my stream in about the earthquake. A Twitter Search for “earthquake” reveals thousands more updates. That’s some good real-time information sharing.

Before celebrities existed on Twitter, and before it was all over the mainstream media, it was very useful for spreading real-time information about natural disasters. We saw this with the fires in San Diego in 2007 and also with multiple earthquakes around the world. The service also helped spread information about the Mumbai terrorist attacks and was even able to help an American student get out of a jail in Egypt.

While today’s earthquake may not have been huge (USGS has 4.3 but it may be been upgraded), it serves as a good reminder that Twitter is about more than following celebrities and their love lives. 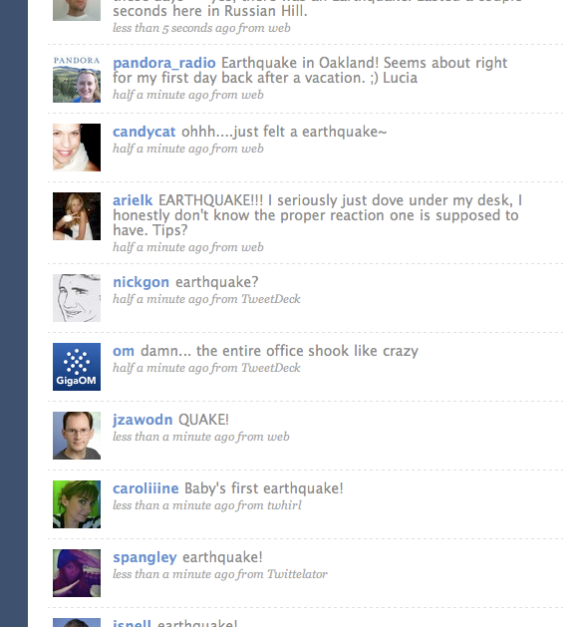