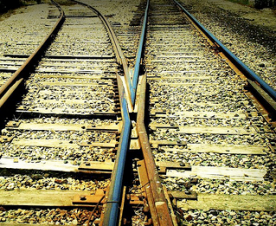 Rumors have been building over the past few months that Apple was not only working on a new iPhone, but that it could have more than one version of the device in the works. Third-party usage logs and code within the iPhone 3.0 software seem to show this. So why would there be two versions of the device, with more than capacity size as a differentiating factor? Well, it could be part of Apple’s play to get the device into areas such as China, a new report indicates.

The report, made by Lazard Capital Markets’ analyst Daniel Amir (and yes, for the billionth time, analysts have a very sketchy record when it comes to Apple products) says that Apple is gearing up for production on two versions of the iPhone. One would be a high-end version meant for North American and Europe, while the other would be a low-end version meant for areas like China and possibly India, Russia and some other regions, AppleInsider reports.

Going along with earlier rumors, the high-end version would feature video recording capabilities, a better camera and more storage capacity. The low-end version wouldn’t have video and may not have the Wi-Fi capabilities. The latter is thought to be an important sticking point in getting the device into mainland China. Apple is thought to be pretty close to a deal with China Unicom, China’s second largest carrier, but the Wi-Fi capabilities could be a remaining hurdle.

This is not the first time a second class of iPhones for other parts of the world have been brought up. Previously, it was rumored that the so-called “iPhone nano” device could be meant for Asian countries that destire smaller devices. The iPhone nano stuff has always seemed a bit bogus, but the possibility of a low-end iPhone for these regions sounds much more plausible.

One would also assume that a low-end version of the iPhone would be significantly cheaper than the high-end version, which could help in other markets as well.