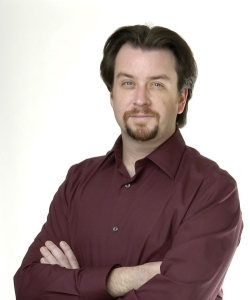 Hal Halpin is the founder and president of the Entertainment Consumers Association. Halpin formed the nonprofit association to be an advocate for the interests of gamers. The group’s priorities include: First Amendment rights, universal broadband, network neutrality, and consumer protection. The latter issue flared up when Electronic Arts tried to place limits on the number of times consumers could install the game Spore on computers. He recently testified at the Federal Trade Commission’s Town Hall meeting on digital rights management. We caught up with him last week at the Game Developers Conference to talk about how to protect consumers’ rights in relation to DRM and the legal agreements included with games (dubbed end user license agreements).

VB: What’s on your agenda?

HH: Yesterday I was in Seattle at the FTC conference on DRM. It was a really good event. It was important to get the issues sorted out. We suggested that we would like to see DRM moved to a system where the disclosure is labeled on the box the consumer buys. The maturity ratings of the Entertainment Software Ratings Board are an example of how this can be done. Packaged-good products can have simplified labels with imagery that people would understand, like an image of a lock for different categories of DRM. How intrusive or restrictive is it?

VB: So your game box would have a DRM rating?

HH: Yes. If the consumer goes to a store, they could understand it. It’s a learning curve, just as with the ESRB ratings. It would require an educational effort. We told the FTC we would be work with them to create the categories, such as DRM-free.

VB: What would the categories be?

HH: If it is DRM-free, the sky is the limit. If it has a SecureROM with one installation of the software per machine, then it is a lot more restrictive. Then there are levels in between.

VB: Electronic Arts ran into this problem when they used DRM to limit how many times you could install Spore on different computers. What was the lesson of that?

HH: The Spore incident taught everyone a lot of things. I was critical of how EA handled it at the time. They were initially dismissive of the consumer backlash, saying it was a vocal minority that cared about this and even understood it. Being dismissive of gamers is never a good idea. It created an even bigger backlash among people who didn’t understand the idiosyncrasies of DRM but understood the high level of consumer rights. As things become more digital, and digital distribution is the means by which our medium is transferred, there will be a natural transition from a situation where you purchase and own something to a situation where you purchase and license it. That’s going to happen on game consoles, on new technologies such as OnLive unveiled here. Now is the time to get our hands around DRM and end user license agreements (EULAs) as we move forward so that consumers’ rights aren’t marginalized in the process.

VB: What else did you call for?

HH: We called for standardization of end user license agreements for packaged-good products. For computer games, when you go to the store, you buy it and bring it home, unwrap it, and then you see the EULA for the first time. You see what you have just agreed to. There is no way to return that for full value. In online games, there is a need for different EULAs. They can’t be standardized so easily. For packaged-goods games, there isn’t that much difference. You could take it down from six to eight pages of legalese now and, working with groups like ours, make it much simpler. You could have one standardized form and you could at least know that a group like ours had screened it.

VB: Are you taking some cues from other industries?

HH: No, because no one has solved either one of these. This has been a long process. It was last spring when I wrote a column about these issues and I wrote more on the subject when Spore debuted. I went and spoke with the Entertainment Software Association (game publishers group) and the PC Gaming Alliance. I didn’t get off the ground. So the FTC called and we jumped at the opportunity.

VB: Did anyone join with you?

HH: We are telling people about these ideas for the first time now. I think other groups are interested in it. When I was with the Interactive Entertainment Merchants Association (which merged with the Video Software Dealers Association in 2006), we standardized PC game packaging for a certain size. We did that in a self-regulatory environment, working cooperatively with the industry. It should be possible to do the same thing with [DRM and EULAs].

VB: What are the biggest sins of the EULA?

HH: People should understand what they say. The same goes for DRM. The average person can’t tell you what DRM means, but they have run into it with restrictions on what you can do with iTunes content. What we need to be cognizant of is that game companies don’t want to be working against the consumers. So we need to work together to resolve the problems.

VB: I know that hackers were upset about EULAs for online games because they allowed companies to terminate game accounts if someone was testing the security of a game. What’s the problem with packaged-goods EULAs?

HH: No one can give a good counter-argument on why packaged-goods games need long EULAs. The games are relatively similar, until you go into the online environment. Each publisher would have to have a second EULA for online play. But for the packaged-good game played offline, you don’t need the complicated EULA.

VB: What do you think of the new OnLive service and other server-based games where the problem of DRM goes away? You subscribe to a game and then you can play it on any device. Will technology solve the problem?

HH: Maybe. I’m going to ask them. It could be that it helps reduce the DRM and the EULA problems. But publishers might continue to use restrictive policies regardless of how the games are delivered.

VB: Did you get a good reaction at the FTC meeting?

HH: We got a good reaction. Some were very surprised at what we talked about. Some were surprised that consumer groups like our own were invited. We feel we have a pretty centrist view.

VB: What do you think about the used-game controversy?

HH: I’m in favor of used-game sales because I’m a consumer advocate. It gives multiple price points for consumers. Having the same multiple price points is good for the publishers. The industry is more recession proof than others because there are multiple points of entry into games. You can buy games at $5, $30 or $60. We aren’t losing people who might otherwise be cutting back. It’s a short-term problem as we transition to digital distribution, where the whole shift is happening. You used to purchase something, and now you license it.

VB: Will consumers get more screwed over online than at retail?

HH: Absolutely. That’s why we are being aggressive. You have to think about the value of what you’re paying for. Are you downloading a $60 game that you used to be able to own outright but now comes to you with use restrictions? It depends on the technology you’re talking about. What should the new price be to make it a fair value for your dollar?