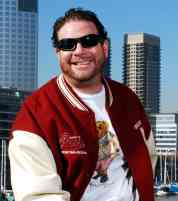 Globant, which specializes in software development and maintenance outsourcing services, was founded in 2003 and initially funded by local angel investors managed by FS Partners. It has since closed two rounds of financing with Riverwood Capital. And last December, it secured $13 million from Riverwood and FTV Capital combined.

Google is a major customer for Globant, which explains Alonso’s leap somewhat. Globant was the first company selected to develop software for Google outside of its fiefdom in Mountain View, Calif. More specifically, Globant began developing OpenSocial for Google back in 2007 when it was still in beta. It has also continued to work on Shindig and implement it on social networks and development applications.

“The decision to leave Google was much tougher than the decision to join Globant,” said Alonso in an interview with VentureBeat. Departing the safety of the Google nest couldn’t have been easy, considering that Alonso was the company’s first employee in the Latin America, opening its exploratory Mexico City toehold in 2006. His claim to fame since then has been convincing the company to move its headquarters in the region to Buenos Aires in 2007 — the city also serves as one of Google’s three service and operations hubs, along with Mountain View, Calif. and Dublin, Ireland.

Alonso, who ran operations for all of Spanish-speaking Latin America (excluding Brazil), said Google grew too big and bureaucratic for his taste. “You lose the sense of empowerment and flexibility; your decisions have less impact,” he explained. “The company has changed a lot in the last three years. The way to develop products and implement decisions has to pass through a lot more layers.” Speaking of big companies, Alonso also worked for a decade at Microsoft before joining Google.

While Alonso acknowledges this shift as natural for a company the size and scale of Google, he says he was looking for a chance to make a greater impact. Perhaps coincidentally, his departure follows that of Tim Armstrong, Google’s head of sales in North and Latin America, who recent became AOL’s new chief executive.

When asked whether he considered leaving Google a risk, Alonso said, “Not chasing my dream to be part of Latin American multinational that competes globally was the  only risk.” 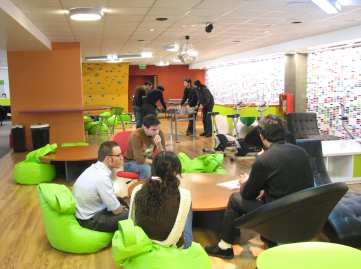 He said he feels re-energized by the innovative vibe at Globant. The company is one of the most successful examples of the growing trend among young Argentine entrepreneurs to establish their own multinational brands in lieu of working for established U.S. conglomerates. The 2002 currency devaluation made the country more competitive, allowing some fresh faces out of Argentina to exercise a different set of business values and shine on the global level. And judging from its so-called “chill-out zone” pictured right, these companies may be picking up the hip/young baton.

In Argentina, businesses that focus on the local market typically lack transparency. Oftentimes, employees are not officially kept on payrolls to help companies dodge taxes. Corruption is endemic to the economy. But Globant’s founders — four young, middle-class graduates of the country’s public university system — and their peers have made a point of breaking with these norms, as well as those of the American corporate culture.

For example, chief executive Martin Migoya often brags at conferences that — prior to securing funding from Riverwood — he offered them an open-door invitation to any Globant meeting at any time. Globant has also strategized, somewhat unusually, to grow through the acquisition of smaller local companies. Last December, it made its second purchase of the year, picking up Openware, based in the Argentine port city of Rosario.

So far, this approach has proven successful. Between 2004 and 2007, Globant’s revenue doubled annually. And the company reports that it ended 2008 with $38 million in revenue — not bad considering the state of the world’s economy. In 2009, it expects to hit the $65 million mark, with $55 million in revenue and $10 million from prospective acquisitions. Despite its distinctly Latin American roots, Globant brings in about 75 percent of its revenue from U.S. clients, including YouTube, Coca-Cola, EMC, Travelocity, Orbitz, Yahoo and Electronic Arts.

The company currently employs 1,200 people worldwide, with offices in Palo Alto, Calif., Boston, London, Mexico City, Bogota and three in Argentina. It plans to up its headcount to 2,000 before the year is out.