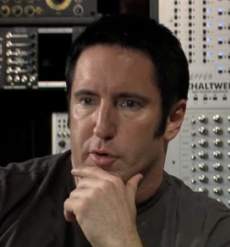 By now, everyone realizes that the major music labels have royally screwed up in the transition to digital distribution over the Internet. Digital rights management (DRM) and suing consumers among other errors in judgment seem only to exacerbate problems like piracy. Even today, we’re seeing another potential problem arise with the change in pricing structure for songs on iTunes. Let’s be clear: Apple didn’t want to do this, but the music labels forced its hand if it wanted DRM-free music.

Trent Reznor, frontman of the rock band Nine Inch Nails, has long been one of the most outspoken critics of the record industry’s ways. He’s now continuing to make music outside of that system. But he can do that because he became hugely popular within that system first, something which has also been true for acts like Radiohead. But Reznor has some very interesting thoughts about the future of music as a business for all artists.

He shared some of them on the latest Digg Dialogg, which was unveiled today. Notably, he says that “we’re in between business models. You know, the old record labels are dead, and the new thing hasn’t come out yet.”

He goes on to say that he hopes whatever gets established gives the artists much more control. And he mentions that it could well be some sort of fairly-priced subscription model. But Reznor doesn’t see that happening anytime soon given what he knows about the record labels. He also mentions a model that he’s been experimenting with, using music as a loss leader of sorts to earn fans and get them to pay to come to concerts and buy premium merchandise. You can be sure the labels won’t be too fond of that idea either.

Watch the interview below. The key parts are the first 10 minutes or so where Reznor is talking about the industry, then again when he gets to the third question about advice for up-and-coming bands.