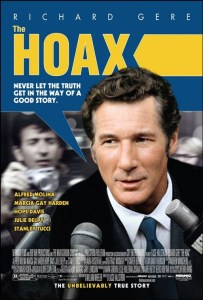 Like a lot of people, I read the story about Twitter backing its first UK ad partner yesterday and thought it was a pretty big deal. Names like Universal Pictures, Virgin Media and Gorillaz were all mentioned as using the service known as Twitter Partners to market themselves on the popular micro-messaging service. But something about it seemed a bit fishy — and for good reason. Twitter isn’t actually backing them at all.

Twitter co-founder Biz Stone took the time today to write a blog post stating that it has no official business arrangement with Twitter Partners. He goes on to note that, “the name, branding, and suggestion that Twitter has some kind of equity partnership or an agreement of any kind in place is misleading and wrong.”

Now, the two sides are apparently working to clear up the “confusion.” I suspect this may involve a name change for Twitter Partners among other things.

Despite the fact that Twitter doesn’t yet have a viable business model itself, the hot thing for other companies to do these days is build their own business models on top of the service. Some, like ExecTweets, actually have a monetary agreement with Twitter on such a deal. Others, like 12seconds, do not (but also don’t claim to).

So until Twitter rolls out its own business model, which will likely render many of these tack-on business models obsolete, be wary of companies claiming to be officially partnering with Twitter for business.

You can find me on Twitter here along with fellow VentureBeatniks Eric Eldon, Dean Takahashi, Anthony Ha, Camille Ricketts, Terrence Russell, Dan Kaplan and Matt Marshall. We have a VentureBeat account (for our posts) as well.