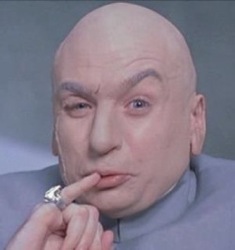 Apple’s App Store, where users can find applications for the iPhone and iPod touch, is counting down to its 1 billionth app downloaded.

This seems to be the week of the countdown — i.e., rather than announcing a milestone number, get the buzz early by saying you’re really close, either to 1 billion app downloads or to 1 million followers on Twitter. And yes, Apple’s countdown page is basically a promotional gimmick, complete with offers for prizes like a $10,000 iTunes Gift Card and a MacBook pro for people who “join the celebration” by downloading apps. But Apple’s numbers are worth noting, because the company reported 800 million downloads just a month ago, and hit half a billion back in January. iTunes, on the other hand, took two years to reach that number of songs downloaded.

The countdown page is a nice illustration of this speed of growth, since it keeps counting as each app gets downloaded. As I write this, the number is approaching 928,465,000, but it will probably shoot past that figure by the time this post gets published.

In conjunction with the countdown, Apple is also highlighting its all-time most popular apps, which updates the top apps lists that were released at the end of 2008. The top paid apps are Crash Bandicoot Nitro, followed by Koi Pond (which was previously number one), Enigmo, Bejeweled 2 and iBeer. Meanwhile, Facebook and Google Earth have climbed past Pandora to become the top free apps, followed by Pandora, Tap Tap Range and Shazam.