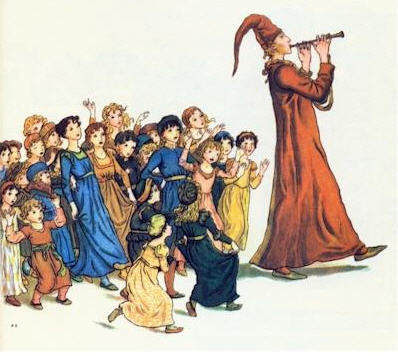 The rush to develop iPhone applications is blinding Silicon Valley software developers to other platforms with potentially wide global audiences, most notably Nokia’s Ovi Store. So said Ewan MacLeod, a U.K.-based mobile entrepreneur and blogger at an AdMob-sponsored event in San Mateo, Calif. this week.

MacLeod asked a panel of developers if they’re focused on the Ovi Store, which is projected to reach 400 million supported handsets by the end of 2010. (By comparison, Apple has sold 30 million combined iPhones and iPod Touches and is estimated to have a base of 15 million mobile users based in the U.S.). The response? Crickets chirping in the night. Of four iPhone developer “rock stars,” as MacLeod described them, only Alan Wells of Zynga said his company was “thinking about” creating products for the Ovi Store. The other panelists — Ben Lewis, founder of TapJoy; Jonathan Zweig, CEO of Jirbo; and Mike Kerns, CEO of Citizen Sports — expressed no interest.

One explanation: manpower. “Most iPhone developers are one- to three-person companies,” said Steffen Frost, creator of carpool application Carticipate, who was at the event. He considered developing for the Nokia platform a few months ago but decided it was irrelevant. “Only companies with very large resources can afford developing on that [platform].”

Another reason developers are looking to the iPhone first is market share. iPhone claimed a 50 percent share of U.S.-based online ad requests to AdMob in February, according to a recent AdMob report. Nokia, on the other hand, doesn’t even register in the U.S. market. While Nokia led worldwide ad requests, with a 43 percent share, the iPhone wasn’t far behind, with a 32 percent worldwide share.

There are other reasons, too, as MacLeod blogged after the event:

I felt like a pariah as the panel began to dissect their reasoning. The path to cash is unclear. It’s a massively fragmented handset population. It’s not centrally controlled and beautiful like the App Store. The Ovi Store doesn’t appear to be that ‘easy’ to work with. The capabilities of the development platform are unknown (at least within the Valley)… and so on.

[Update: Developer and blogger Mike Rowehl has since blogged that he’s flabbergasted at the assertion mobile app developers are blind to platforms beyond the iPhone. He writes that there are clear and compelling reasons developers like himself are steering clear of those platforms.]
There were more than 100 developers attending the event, and the panel primarily addressed the challenge of discoverability in the iTunes App Store. AdMob organized the event to promote its new Download Exchange, which helps companies promote each others’ apps.
MacLeod expects developers will catch on to other platforms. “Effort is driven by monetization,” he wrote on his blog. “If Ovi, Blackberry and Windows Mobile deliver on their promise, I’m sure the majority [of developers] will give them the time of day. But right now it’s iPhone, iPhone, iPhone, and I don’t blame them.”

[Update: For some insight into how iPhone and Android are communicating with developers in a way Nokia and other platform owners haven’t yet, check out our earlier story on a new trend in phone marketing].

For more on the Ovi Store, see our previous Q&A with Nokia and coverage of Ovi Store app Kinoma.