CoaLogix, a unique company that specializes in filtering out harmful agents from coal-fired plant emissions, has secured $11.5 million to deploy its technology for more electric utilities. Offering a combination of chemical processes and equipment, the Acorn Energy subsidiary says it can substantially reduce environmental footprints for plants that might otherwise continue to pump harmful fumes into the atmosphere. 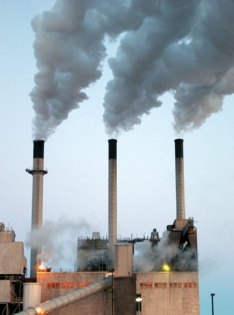 For example, its two lead products/processes right now work to remove heavy metals and nitrogen oxides from emissions. The former, called MetalliFix, uses a sulfide-based additive to bind to heavy metals, making them insoluble and easy to separate out for disposal. It has also been shown — through various pilot programs with utilities across the U.S. — to remove both oxidized and elemental mercury. Alternatively, it’s NOx Assure program uses catalytic chemical reactions to remove nitrogen oxides — $5 million of the recent round has already been earmarked for these purposes. The company says it has the capacity to render these services for 5,000 megawatts-worth of coal plants, saving them upwards of $20 million off what they would pay to remove these chemicals on their own.

CoaLogix will also use some of the capital raised to establish manufacturing and research and development facilities to meet its demand. There is booming interest in its methods — demonstrated by the 120 percent its revenue has grown each year for the past four. This makes sense, considering the government and industry emphasis on clean coal technology. Regardless of advances made in renewable and green sources of energy, coal remains the most plentiful and cost-effective power source in the U.S., providing pressing incentive to make it as harmless to the surrounding environment as possible.

The company’s new funding came from its parent corporation, Acorn Energy, EnerTech Capital Partners and its own management team.