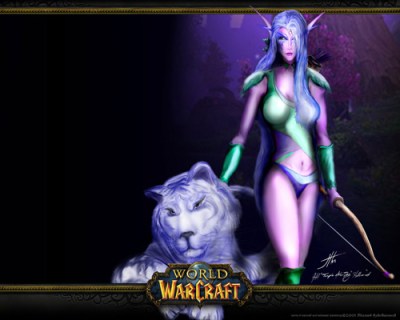 Blizzard will now work with NetEase.com to distribute and operate the game for the next three years in China, following the expiration of a deal with The9. The change isn’t surprising, since Activision Blizzard’s chief rival, Electronic Arts, holds an ownership stake in The9.

China is one of the fastest growing games markets, because of its sheer size as well as its enthusiasm for online games.

It’s a coup for Shanghai-based NetEase.com since World of Warcraft has millions of fans in the Chinese market. In addition, NetEase.com already has a deal to operate Blizzard games Warcraft III, Starcraft II (coming later this year), and the Battle.net online game platform in China.

Separately, Activision Blizzard said this morning it is “tracking ahead” of its first quarter guidance. The company said it had continued strong demand for its Call of Duty, Guitar Hero, and World of Warcraft games. The company did not change its guidance numbers. Analysts expect revenue of $550 million and earnings per share of 3 cents. For 2009, analysts expect revenue of $4.7 billion and EPS of 61 cents on a pro forma basis.

The9 deal will expire in June. Michael Pachter, an analyst with Wedbush Morgan, said that, under the terms of its contract with The9, Activision Blizzard received a royalty of 22 percent on revenues generated in China. He estimated the current arrangement generated revenues of around $50 to $55 million annually at close to 100 percent profit margin.  Although the terms of the new arrangement were not disclosed, Pachter said the royalty rate will likely increase to at least 55 percent and that the new arrangement will generate revenues of over $140 million annually.

World of Warcraft has 12 million paying subscribers. In China, players often pay for hourly access cards that they use in Internet cafes.