rk, a company that offers online games where many players play simultaneously, has seen rapid growth in the past year and is now opening its online platform to let other publishers and developers publish games there.

The San Francisco company has generated a solid audience for its six online games with the “free to play” business model. The games are free, but players can buy virtual goods that customize characters inside the game or give players special powers. 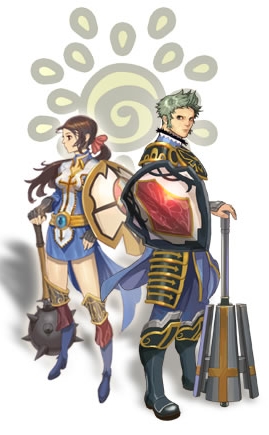 In less than two years, traffic to the portal has grown to 5.4 million visitors a month. The site now has six so-called “massively multiplayer online” games with a total of 4.3 million registered users. Outspark was able to get off the ground quickly by re-branding licensed games that had been successful in Korea, where the virtual goods business is much stronger.

Outspark’s strategy is to introduce the free-to-play model to the U.S. “midcore” gamers, or those who are just starting to play games seriously but don’t want to buy the hardcore game consoles. At the same time, Outspark doesn’t cater to those who like purely casual games that take just a couple of minutes to play.

“We’re both cheap and accessible in this economy,” Susan Choe, chief executive at Outspark, said in an interview.

This isn’t necessarily a threat to full-fledged MMOs such as World of Warcraft, which charges monthly subscription fees of about $15 a month. But in a tough economy, it makes sense for the market to shift toward publishers offering free options where players have much more control over exactly how much they spend for their entertainment.

Choe (who spoke at our recent GamesBeat conference) said that about 10 to 13 percent of the users wind up buying something. That’s higher than the average try-before-you-buy model, where gamers can try a game for an hour and then pay $20 to unlock it. With Outspark’s games, you can play a large part of the game for free. It’s only when you upgrade or decorate characters or try to gain additional powers in a game that you pay.

Even though gamers start out playing for free, some of the players are fanatical, with hundreds of them spending $10,000 to $20,000 to date. But of the spenders, most pay an average of $45 to $49 a month. That revenue stream will allow Outspark to hit double-digit millions of dollars this year, Choe said.

The strong numbers have drawn the interest of outside developers and publishers, who want their games to appear on Outspark’s site with its virtual goods system. Outspark has provided a software development kit to those potential partners and it expects to launch the first partner games on its site in May. At some point, the game partners will be able to self publish their own games without an extensive approval process.

The company has raised $11 million in two rounds of funding and is currently seeking a third round. Choe founded Outspark in January, 2007, and it now has 50 employees. The company launched its first fantasy role-playing game, Fiesta (pictured at top), in July, 2007 and started making money from it in November, 2007. Other games now include Secret of Solstice, Windslayer, Project Powder, Blackshot (pictured right) and Bread n’ Butter.

The earlier games had the cartoonish anime style of art that is popular in Asia, particularly among younger gamers. But the latest games are expanding beyond that market. About 80 percent of the players are in North America, while 20 percent are in Europe.

Rivals include online game companies such as Nexon, a Korean company which operates Maplestory and a number of other games in the U.S. Other competitors include Sony Online Entertainment’s Free Realms, Perfect World and Gaia Online.