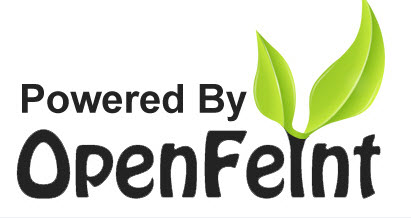 A gaggle of indie iPhone game developers have rallied around Aurora Feint’s social game platform, dubbed OpenFeint, and they’re excited about how it can be used to cross promote games to iPhone users.

In particular, the developers have embraced a new way to sell and discover games on the iPhone which is being introduced as a new feature on Monday.

The new feature is dubbed One Touch iPromote. Game players will now be able to join each other in lobbies, which are kind of like Internet chat rooms, where they can see who is playing a game, discuss the game with fellow fans, and make a purchase on the App Store via a single click.

The lobbies are based on categories of games such as puzzles, cards, action and adventure. The lobbies will let game developers cross promote games and engage in new viral marketing strategies where users act as a sales force. So far, 21 games have used version 1.0 of OpenFeint to create games with social features. The lobbies will be included in version 1.5 of OpenFeint being launched now.

Backers include Steve Demeter, president of Demiforce, who tried to do something similar with his Onyx technology but gave up in favor of OpenFeint. Demiforce, which made the hit game Trism, is integrating OpenFeint into future iPhone titles.

All of the support is good for Burlingame, Calif.-based Aurora Feint, which is competing with others such as Scoreloop, which launched its own social game development tool platform yesterday. Another developer, Andrew Borland, said that he saw a 40 percent to 60 percent increase in each of his games across the board since releasing them with OpenFeint version 1.0.

Indie developer Rahul Saraf said it took a couple of hours to set up social gaming features such as leaderboards with OpenFeint. Developers need these kinds of features to stand out now that there are more than 8,200 iPhone games.

The first version of OpenFeint, launched a month ago, supports the ability to connect with Facebook and Twitter identities, set up game leaderboards, chat rooms and so-called Feint Lobbies. Whereas chat rooms are for users of a specific game only, each Feint Lobby is like a town hall where users from any OpenFeint enabled game can show up and interact with other players and talk about their favorite games. When a user enters the Feint Lobby, the user’s name is tagged with the application name the uesr was playing before entering the lobby.

With version 1.5, OneTouch iPromote lets an iPhone user touch a user name in the Feint Lobby to read a description of the game that player was playing. The user can also see a screen shot of the game. If the user clicks on that, the user can go to the AppStore and buy the game. Each user essentially becomes a billboard.

Peter Relan, chairman of Aurora Feint, wants to make OpenFeint the defacto standard for social games on the iPhone.